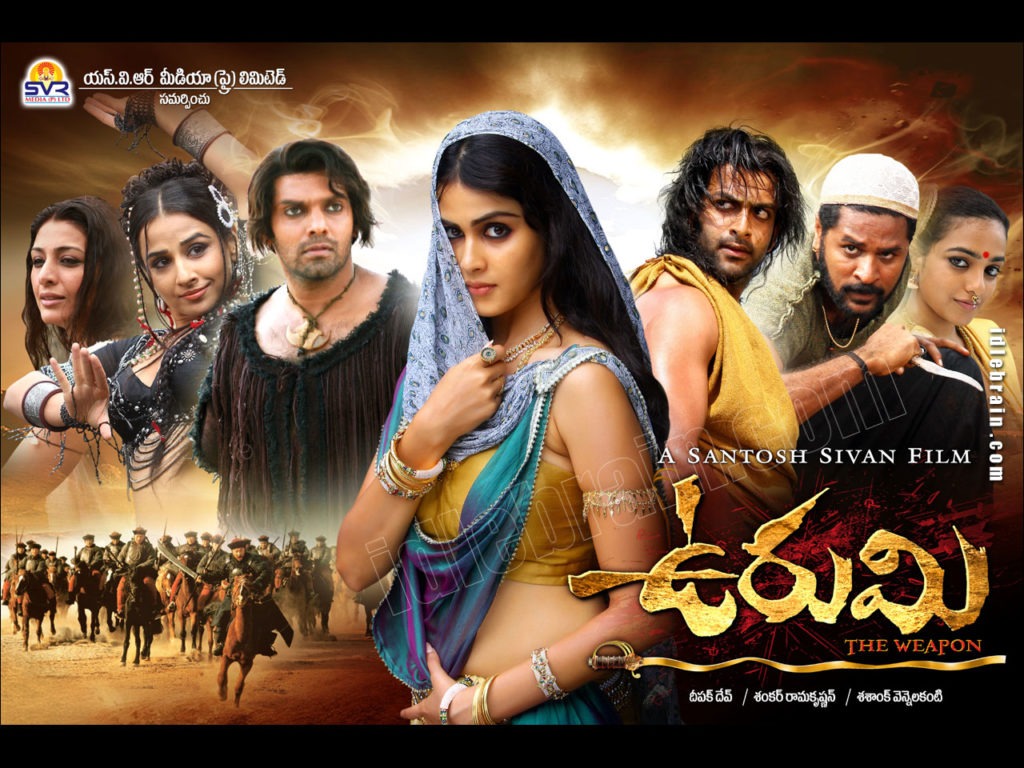 My Review of Urumi Movie:

The story and screenplay of the movie is really good. The camera work is excellent which we don’t often see in Malayalam movies. Almost all locations are Indian and look exotic. The music and songs are really touching with no electronic music being used. All the characters in the movie have performed their part to perfection and especially the way they have been used is worth seeing. Each character has its part to play in the movie and they have done it in style. We don’t see any one being over used or under used. Even the characters of “Vidya Balan and Tabu” which are cameo, also moves the movie forward. The title itself is very interesting “Urumi”. Urumi is actually a sword that is traditionally being used in Kerala (a state in the southernmost part of India) for centuries. Many people today don’t know about this sword but the movie has once again made it popular. The movie takes up a very complex issue that the “Vasco-da-gama” now a world-famed explorer was really an “explorer or something more than that”. It also focuses on the issue that how the global powers have been exploiting Indians and their resources since centuries. Earlier they did it with the power of “gun” now they are doing it in the disguise of “globalization” and “international trade”. Urumi also tells that it is not just because of foreigners we are suffering, but there are many traitors among us also like the character of “Chenicheri”. Our nation can’t progress until and unless we get rid of people like Chenicheri. The movie also shows how Indian culture is made up of brotherhood and friendship by portraying Hindus and Muslims fighting together for their motherland. In the end it can be said the movie is a fine one in all aspects.

Prithviraj Sukumaran as Chirakkal Kelu Nayanar/Krishna Das: He has played his part to perfection and on many occasions you feel like as if he alone is carrying the film on his shoulders. His acting in both the parallel roles is equally good. In fighting and dancing scenes he has given a good competition to great Prabhu Deva in the movie.

Genelia D’Souza as Arakkal Aysha/Nominee of the Plot: She has acted brilliantly and done full justice to the character of “warrior princess”. We have seen a new “avatar” of Genelia in this movie which we are not accustomed of seeing. She is really looking great in all those fighting sequences and we must appreciate the fact that she has come out of her routine “bubbly girl” avatar in this movie.

All the other characters too have played their part well with Vidya Balan as Bhoomi doing a remarkable cameo in the movie.

My Rating of Urumi Movie:

I have rated this movie 9/10 as I found the story and message in the movie wonderful. The way the story is cinematically presented is an experience in itself. The music and background score too throughout the movie is amazing and appeals to the senses. The locations for shooting are great to watch.

My Verdict of the Movie:

If you believe there is more than Bollywood to “Indian Cinema” then must watch this one from Santosh Sivan. You won’t be disappointed…!