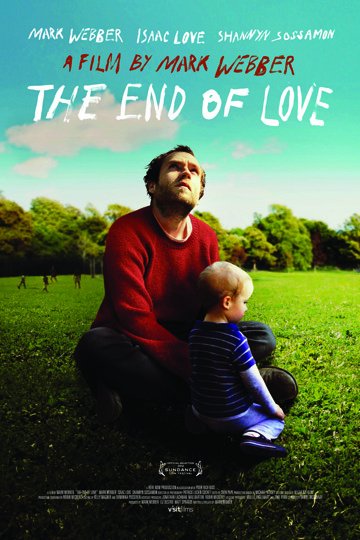 The End of Love

Movie: The End of Love

The End of Love Review:

I watched The End of Love in the 11th Pune International Film Festival in 2013. It was one of the best movies of that year’s festival. The emotional relationship portrayed between the toddler son and his single father is just a painful delight to watch. The movie tells the story of a man who has just lost his love, and now has to raise his 2 year old son (Issac) alone without a mother. To add to his difficulties Mark is an actor who is struggling to get work. But, despite of this Mark tries to live with the reality that now he has to raise his son alone. He tries his best to be a good dad, but failed to balance his working life (he even misses an opportunity because of his son) doing that and gets frustrated. He even had to leave the house where he was living as he do not want to leave his son.

Mark meets Lydia (Shannyn Sossaman) a single mother of two and develops a kind of romantic relationship with her. But, their relationship doesn’t progress as he thought about his son’s upbringing and how the things will shape up if he enters into a relationship with another woman. Mark later on in the movie meets his friend at a party and tries to get involve with he too. But again, when she learns of his toddler son and his responsibilities everything changes and she distances herself from Mark. The ending scene is very beautiful and powerful in this movie when Isaac and Mark are sitting near Evelyn’s (Isaac’s Mother) grave and a beautiful conversation takes place between the father and son. After that, Mark decides to leave his frustration and start a new life with his son and the movie ends here.

My Favorite Characters of “The End of Love”:

Isaac Love (Isaac): He is looking cute and given a power-packed performance. His acting is really beautiful and you can feel for the child who has lost her mother. Isaac keeps you interested with his acting throughout the movie.

Mark Webber (Mark): Mark has really portrayed the struggling actor and father very well. In scenes when he is talking to his wife over her grave you can feel the pain of a father who is alone.

My Rating of The End of Love Movie:

I have rated “The End of Love” 10 out of 10 mainly because of the topic this movie deals with ans also the acting of Isaac and Mark. One can easily fell the tension and pain of the single father. Issac’s acting is really something everyone would love to see. The Music and background score of the movie too is fine, if not extra ordinary.

My Verdict of The End of Love Movie:

I recommend The End of Love to everyone who loves “emotional dramatic” movies. You will surely enjoy the story as well as acting of the lead actors. Although, by no means this movie has any special aspect, but still it is a good movie to watch.