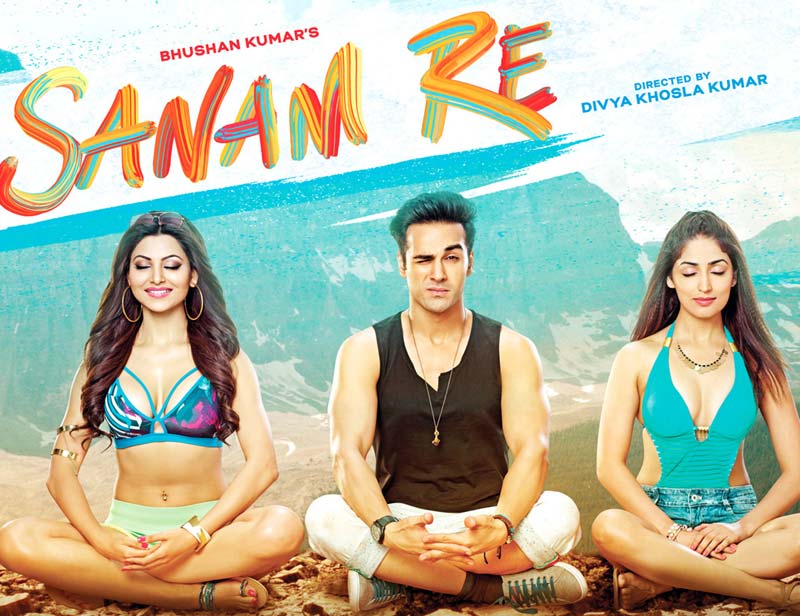 After seeing and listening to Sanam Re songs I decided to watch it. What followed in 2 hours of Sanam Re’s running is very disappointing. Divya Kumar Khosla has directed Yaariyan earlier and it proved not a  very successful venture. Well, this time with Sanam Re a lot expectations were behind her and this time too she has let us down. I am not criticizing Divya’s direction as from technical point of view it is well-directed movie. But, the thing that really makes it a “not to watch” film is its other aspects.

Sanam Re fails in many departments except for one and that is its music. The songs are forever to remember kind and the background score too is classy and appealing. The film has a very weak plot a guy is working in a multinational company in Mumbai suddenly loses his job. He then went on to search a woman who can help him get back his job. He fakes love to her and she becomes serious with him. Then comes a twist when the guy realises that he still love his childhood sweetheart who now denies to recognize him. Eventually, it is being revealed that she is denying because she is suffering from heart disease and to cure that disease she needs to undergo a heart transplant operation. Now, the hero gets to know about this and suddenly vanquishes. In the end, the girl is being shown feeling her heart beats and saying… “no one knows whether it was an accident or he killed himself, but one thing is true that he left his heart beating inside me”

What Went Wrong With Sanam Re?

Any film becomes interesting and watchable if it features a good plot. With Sanam Re this is not the case. It has a very shallow plot and the fact that the actors too have given mediocre performances didn’t do any favor to Sanam Re. Pulkit Samrat, Urvashi Rautela and Yami Gautam they all have looked below par. Urvashi needs to really work hard, if she has to make a name for “acting” in Bollywood. Yami Gautam has been the face of the “Fair & Lovely” for some time now and in this film too she is looking fab. But, the sad part of the industry is that nobody is going to see your face only people want to see some acting skills too. Pulkit is a talented actor but time is running out for him to convert his talent into “substantial performances”.

I gave only 5 out of 10 to Sanam Re. These 5 stars are the result of some great music and picturesque locations this film offers. After seeing this movie I really want to visit Tanakpur someday. Conclusion, I still guess many girls would love to see this film, so if someone is really willing to see this then we can’t help them… In my humble opinion just download Sanam Re songs and enjoy them as part of your “memorable songs collection”. There’s really no good reason to see this movie unless you are a big fan of Yami Gautam (which I am)…

The Beautiful Playlist of All The Songs:

Stay Tuned For Many More Reviews….!