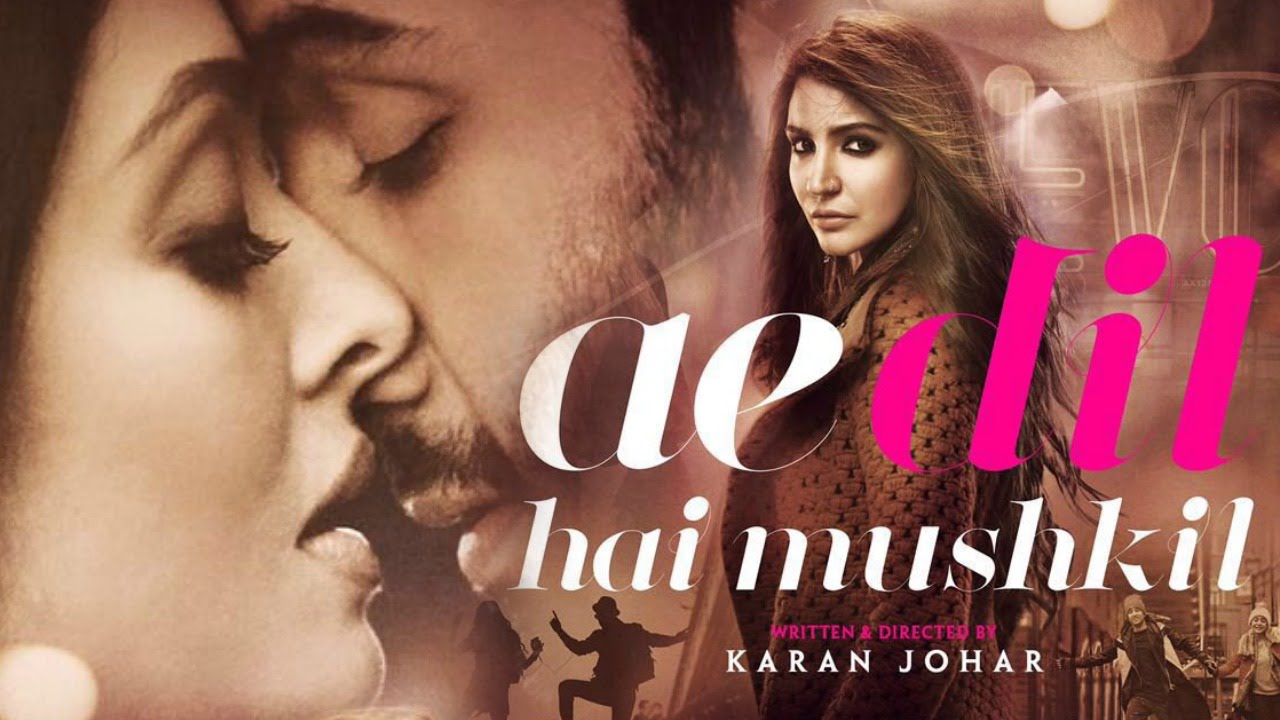 Set in some of the Europe’s exotic cities, Ae Dil Hai Mushkil is the story of Ayan Sengar (Ranbir Kapoor) & Alizeh Khan (Anushka Sharma). Aishawarya Rai is there in supporting role while Fawad Khan, Lisa Haydon and Imran Abbas Naqvi plays cameo. Screenplay is good, but plot is a bit confused. Being a movie based on Romance there’s hardly any romance in the film except for some passionate kissing scenes (not something that we are accustomed of seeing in Hindi movies).

Ae Dil Hai Mushkil’s biggest success is its music, composed by Pritam this is without doubt this year’s best album in Bollywood so far. Songs like Bulleya, Ae Dil Hai Mushkil and Channa Mereya hits you hard and you can feel them inside your heart.

Ayan is seeing giving an interview, he is a rich guy who wants to become a singer and is doing MBA, because of his dad’s wish. One night he meets Alizeh in a club, they become friends and eventually plans to travel to Paris together for a vacation. After, Ayan’s breakup with his girlfriend Lisa.

Alizeh tells Ayan that she loved a boy named Ali in Lucknow. But, now wants to move on with her life after he left her. Everything changes when she sees Ali in a Paris disco. Ali convinces her and they get married leaving Ayan alone, who by this time is in love with Alizeh.

Ayan, then meets Saba (a poetess who is happily divorced). They start a live in relationship which breaks because Ayan couldn’t get over the thoughts of Alizeh. But, he becomes a famous singer because of Saba’s poetry that he uses in his song’s.

Finally, he gets to meet Ali who tells him that 2 years back he and Alizeh broke up and she left him. Ayan tries to find Alizeh and when she meets him he is distorted to know that she is suffering from last stage cancer. The film ends as Ayan completes his interview to a journalist. We can only guess that his love was “unrequited one”….

I gave Ae Dil Hai Mushkil, 7/10. The film is good but not engaging enough. There are times when you feel Karan has unnecessarily stretched it. 150 minutes is way too long for this movie. One thing that I feel is that normal people will find it hard to connect with this film. As the film depicts the love that is still a part of elite class’s lifestyle in India. The real life love in our part of the world is way too different from this one. But, the movie is definitely worth giving a try. Ranbir Kapoor has overshadowed everyone with his great performance. Anushka is as effervescent as she is and does a nice job here too. Aishwarya Rai is looking good and makes an impact in the second half of the film.