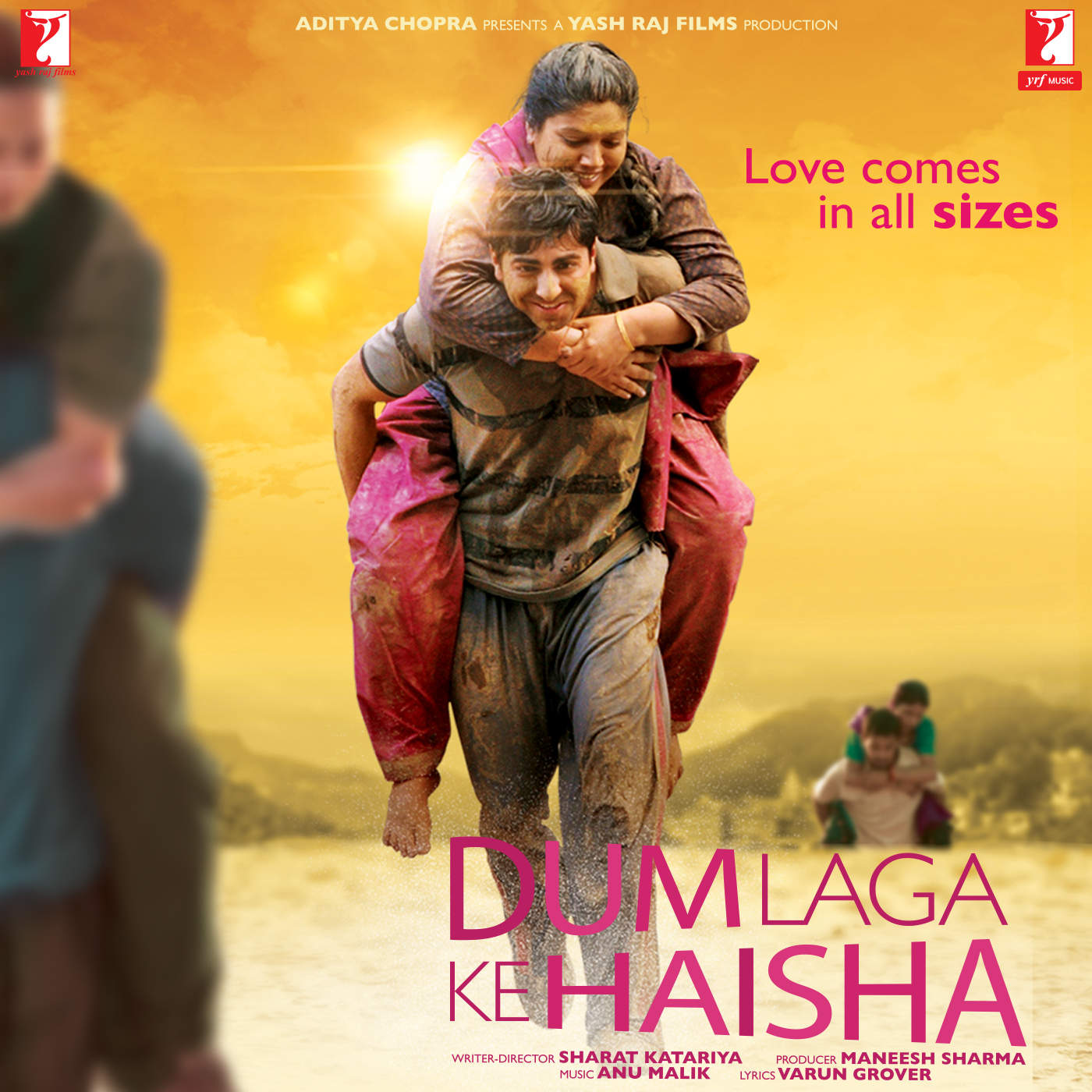 Very rarely we expect something “off-track” from Bollywood. Dum Laga Ke Haisha is one such movie that is completely off-track from the norms of today’s Bollywood. There are many things different about this film such as it is filmed in a small city only (there are no exotic locations in the movie), it is a romantic movie but not a one we have become accustomed of seeing in Bollywood. Last but not least, there is no “hourglass figured” lead actress in this film. Having said this now I must come to the story-line of this movie. Well, the out-of-league story-line is the reason why I am writing a review for Dum Laga Ke Haisha. The movie tells the story of a matric fail guy named Prem Prakash Tiwari (Ayushmann Khurana), Prem is a guy who despite having no talent and decent education dreams of a good life and beautiful life partner. But destiny has something else for him. His parents almost force him to marry Sandhya (a girl who is fat). Sandhya is educated and qualified for teaching, keeping in mind the financial situation of his family Prem agrees to marry her. Although in his heart he never accepts Sandhya as his wife. From the wedding night itself a sort of strangeness comes between the couple. This strangeness turns to separation when in a marriage party Prem abuses his wife in front of his friends. Sandhya by chance listens to this insult and slaps him on the face.

After this incident, Sandhya goes back to her home and files for divorce. Upon hearing about the divorce Prem’s mother fell unconscious and asks her son to bring back Sandhya. Prem is still unmoved and they all go for divorce to court. The judge decides in the favor of Sandhya, but with a condition  that both needs to stay for some days together so that they can resolve their issues and if still there is no mutual consent for staying together the court will accept their divorce petition. Now, these few days prove to be the most “precious” of Prem and Sandhya’s life as they discovers more about each other and their relation becomes even stronger after winning the “Dum Laga Ke Haisha” competition.

Characters To Watch Out:

Ayushmann Khurrana as Prem Prakash Tiwari: He has given his best in this film, Ayushmann is a multi-talented person and he is definitely getting better by age. His body language and face expressions are an absolute treat to watch. Whenever he is frustrated or crying in the film one can feel the misery of the character of Prem. Full marks to Ayushmann for the acting and portraying this role with full intensity.

Bhumi Pednekar as Sandhya Varma: Bhumi is the dark horse of Dum Laga Ke Haisha. I never expected such high-class and flawless acting from a newcomer, but she has done it quite convincingly. Her dialogue delivery and body language is really appreciable.

Sanjay Mishra as Chandra Prakash Tiwari: Sanjay is a well-known face in Bollywood from the long time. In this film too he is at his usual best. Without him the “light part” of this will would have been uncompleted. His lighthearted dialogues and comic acting as the father of a unworthy son is something to be remembered for a long time.

My Verdict And Rating of This Film:

I have rated Dum Laga Ke Haisha 10 out of 10 mainly because of its high quality acting, wonderful direction and a kind of “realistic” and thought-provoking story-line. One thing about which I was a little disappointed was the music of this movie which is to me a below average one. Anyways who cares about songs these days in movies. In my view if you are brave enough to see some realistic story in Bollywood movies then go for this one. Dum Laga Ke Haisha is a surprise package according to my understanding which I am sure a true movie lover would always appreciate.