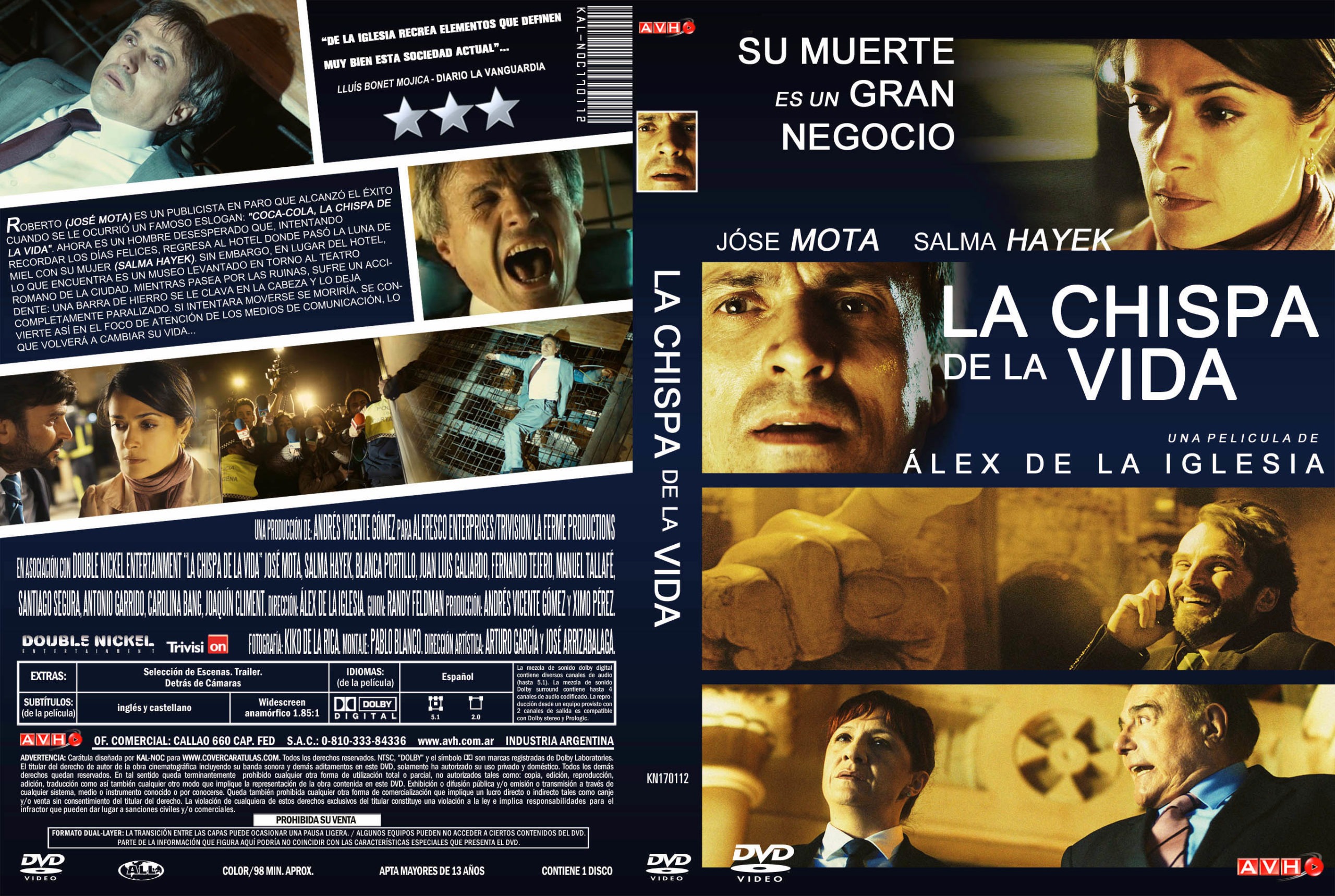 English Title: As Luck Would Have It

Álex de la Iglesia‘s La chispa de la vida is a sarcastic movie. The story is well-written and beautifully presented on-screen. The movie tells the story of a man named Roberto Gomez (José Sánchez Mota), he is married with two children and his wife, Luisa (Salma Hayek) loves and supports him very much. But, everything in his life is not going good. He is unemployed for few years and now under depression because he thinks that he has done nothing for his family. Oneday, Roberto leaves home to meet an old friend about the job opportunity. There he is not treated well and his friend denies him any opportunity. After that Roberto leaves the office building and in frustration drives fast with loud music. For many days he was thinking of going on a second honeymoon with his wife to the same hotel where they went for their first one.

Here, the story takes a big turn, the hotel is now converted into a museum and it is the inauguration time. Roberto deliberately goes inside the museum and tries to find the room where he spent his honeymoon. He is chased by a security guard who asks him to stop and leave as this is a prohibited place. Due to some confusion and fear Roberto tries to runway from the guard and met with an accident. He fells on iron rods with one of them getting inserted inside his skull. Although, he seems fine but the main problem is how to remove that iron rod from his head. The ambulance is called on the scene, while the journalists covering the inauguration of the museum too gets involved in the matter. Suddenly, the accident becomes viral all over the country and every channel becomes interested in covering it.

Roberto calls his wife who immediately reaches the scene and asks about how her husband can be moved to hospital. But, the doctors have no answer as they feel it is difficult to predict what would happen if the rod is removed from his skull. Roberto, on the other hand after learning that his tragedy is being shown live on TV takes a decision to make money of it. He hires an agent, Johnny, whose main job was to interview Roberto and sell the video to a news channel at a very high rate. Amidst all this Luisa is just focused on to somehow save her husband. She strikes a deal with a local news reporter, Pilar Alvarez, who promises her to interview her husband with family and then giving the tape to her.

Meanwhile, the doctors take the decision to operate Roberto in a mobile operation theatre near the site of the accident. They finally moves Roberto to the operation theatre, but as the rod is removed from his skull he starts bleeding very heavily. Operation goes on till next morning, as expected the doctors failed to save Roberto. Luisa and her children cries and the crowd becomes silent. In the end, a rich media tycoon tries to give Luisa 200 million euros for the tape. She kicks the money and leaves the scene with her children.

La chispa de la vida has an unusual way to telling something that exists in our societies throughout this world. It has that dark pinch of humor too that makes it a fantastic movie to watch. Salma Hayek in particular has done a fabulous job in doing the character of Luisa (a loving wife to her husband). The other actors too have put in their efforts to make La chispa de la vida a movie worth our time. The background score too is really nice and it never feels out of the context. I gave 9 stars out of 10 to  La chispa de la vida, this is a kind of movie that a true cinema over always craves for and wills to put his money on. I personally would recommend La chispa de la vida to each one of you.

Thanks for reading this review. Stay tuned for many more reviews to come your way…..!