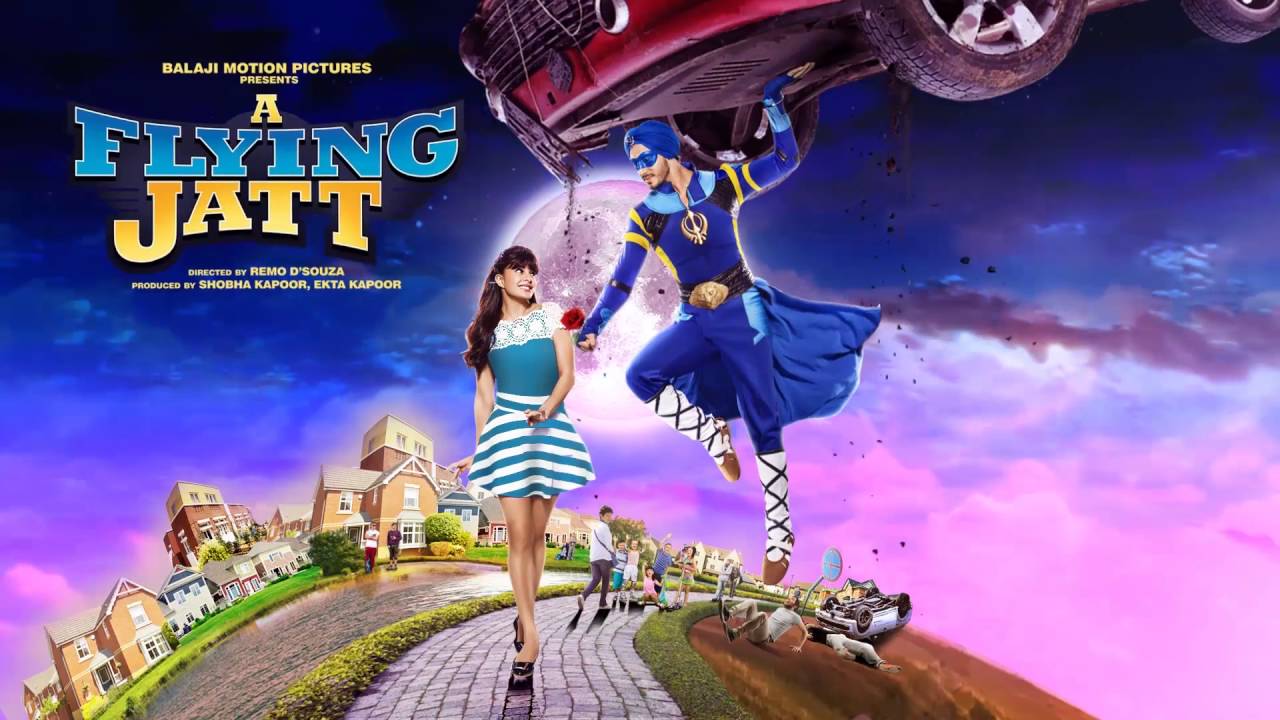 I watched it yesterday and was perplexed trying to understand what it was all about?

Was A Flying Jatt Indian Superhero movie? or

It was a movie promoting “environment awareness among kids”? or

It was just made for the sake of making a movie?

Remo D’Souza is a dance master and it is quite evident in his direction too. Being a Super hero movie you expect lots of action sequences. Alas! The film has very few of them and that too reminiscent of the “Doordarshan Era”. I remember Shaktiman, Karma, Junior G (Indigenous Super Heroes) of late 1990s India. Frankly, speaking Flying Jatt is no better than them.

Choreography wasn’t impressive for me, music and background scores will appeal to kids (under 10) and songs were the only cheering aspect of the movie. Visual effects were below par again reminding you of Doordarshan days. On top of all this, as if this wasn’t humiliating enough for you. There is a pathetic villain with an annoying pet dialogue (surprise, surprise) …

Jacqueline Fernandez is there to look stupid. That’s it… And yes, Amrita Singh packs a punch in the role of Mrs.Dhillon.

Now let’s see what’s the story of the film:

The story is about a guy named Aman ( Tiger Shroff) who is a martial arts teacher but a coward and shy person. His father has created an “Eco-friendly” society near a lake somewhere in Punjab. There’s a small island in the lake that has an old tree (revered by the Sikh community of the area). And, that tree is the source of conflict in the film as the city’s famous businessman Malhotra (Kay Kay Menon) wants buy that island and raze the tree. In order to lure Aman’s mother he offers her a huge amount in exchange for the land, but she abuses him in front of all saying she will not sell that land to anyone.

In the very next move, Malhotra calls Aman to his mansion and threatens him to kill his mother. He even goes on to recruiting a foreign contract killer a 7 feet tall man called Raka (Nathan Jones). He orders him to go and cut that tree, but upon arriving at the tree Raka faces stiff resistance from Aman. Suddenly, something happens and both of them gets faint down. Only to find out later that Aman has become a super hero while Raka a super villain.

In the second half movie becomes kind of “sermonic”, as it becomes clear that the director is fixated to teach us “environment protection” via Flying Jatt. We also get to know that our hero’s power come from trees while Raka’s powers are accumulated through ‘pollution’ that is in abundance on this earth.

Ultimately, the Fying Jatt has to defeat Raka on another planet and in space. Even there too pollution is present and Raka shows stiff resistance before being neutralized by Aman.

Funny things about A Flying Jatt:

My verdict and rating:

The movie has earned almost double than its budget which is a thing for the director. But, its ratings are extremely poor, with TOI being exceptional to give it 3.5/5 (God knows what happened to them). In fact, on my part, I am feeling extremely generous to give it a 5/10 rating.

I won’t recommend A Flying Jatt to any serious cinema lover. It’s a big “NO TO WATCH” movie guys. Please stay away… However, I would highly recommend it to kids as it has some moral lessons for them. Besides some Doordarshan time graphics.