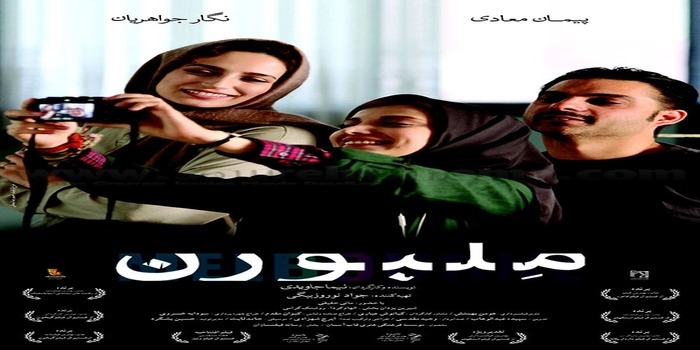 There’s something about all the Irani movies, most of them have a very “ordinary” story-line. Yet, they always appeal your senses and make you feel more of it. Becaue they extract the “non-ordinary” from ordinary situations. Melbourne, too is one such movie. Directed by Nima Javidi, Melbourne is a movie that has a very ordinary theme. It is filmed in one flat and there’s hardly any background music/score in it. Still, this movie is worthy of watching.

Peyman Moaadi (Amir Ali Nejati) & Negar Javaherian (Sara) are a married couple who are packing their stuff to leave Tehran for Melbourne. The movie is all about that one day and what happened on that day. Everything is going normal and usual till the neighbor’s nanny bring their infant daughter to Sara. She asks them to let the baby sleep in their home till she comes back from important work.

The couple’s supposedly happy day turn into a dark one when the husband finds that the little baby is actually not sleeping rather she is dead. Now they are in a dilemma whether the baby was brought dead to them by the nanny. Or she died in their home. After doing some research on internet both find that it may be their mistake that lead to baby’s death.

In the end, after getting no certain answer as to what happened to the girl. Amir and Sara decides to go ahead with their plan to move to Melbourne. Movie uses the girl’s death as a metaphor. The baby is dead, but no one is taking the responsibility. Neither anyone knows how’s she dead. In the end, Amir takes the girl and leaves her to a neighbor. He says to them that baby is sleeping an d when her parents come they will take her.

I liked the movie, but as it is very dry. I mean there’s no music that for me is an essential component of any film. So, I am rating Melbourne 7/10. This movie is being critically acclaimed all over the world. And, if you want to see some intense acting and unusual ending in a film. Then go ahead and watch this piece of Irani Cinema.

Stay tuned for many more reviews coming your way!