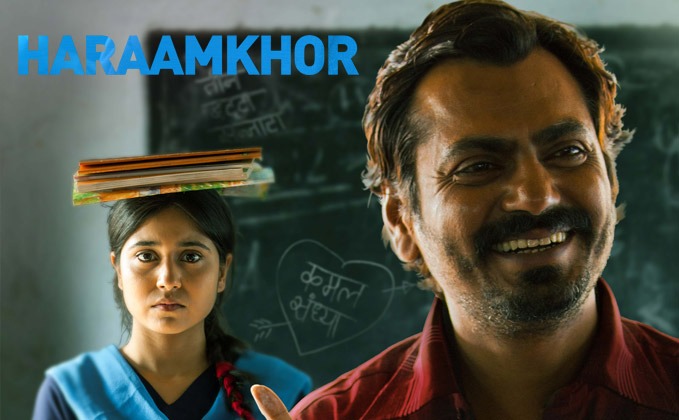 Watched this movie especially for Nawazuddin Siddiqui who still considers himself as a struggling actor in Bollywood. If you are a fan of offbeat /real life kind of movies and love fine acting, you can spent your 95 mins on “Haramkhor”.The censor board first banned the theme saying in India a teacher is an esteem figure, and thus there is an issue with the depiction, in reality worse things can happen but according to them it can’t be shown on-screen and that’s why there is a big disclaimer at the beginning.

Shweta Tripathi who plays the female character did an awesome job, she is double the age she’s playing here but never felt that way. You will recognize her if you had seen “Masaan” which is another best of the offbeat movie series but Haraamkhor is Siddiqui’s film, watch it for him, watch it for what he can do and what more he is capable of…

Overall, I would give a 3/5 for the movie, that looks like it was made on the run, with not too much time or money for extra takes. Yet, amazingly the performances are uniformly good with Shweta Tripathi and Nawazuddin Siddiqui presenting us with a disturbing relationship between a fifteen-year-old girl and her school teacher. Haraamkhor is a typical offbeat movie with all grey shades of life.
However, it’s this straightforward and blunt portrayal which made the situation more agitating showing how children can end up getting exploited secretly without the protectors /parents managing to get a sniff of it… Siddiqui’s performance takes an impulsive turn as the creepy, manipulative teacher which is well acted by him.

The abrupt ending of the movie is disappointing because it does not leave us with any memories of the characters we have lived within the film, It would be great if the conclusion of the movie was little more comprehensible.