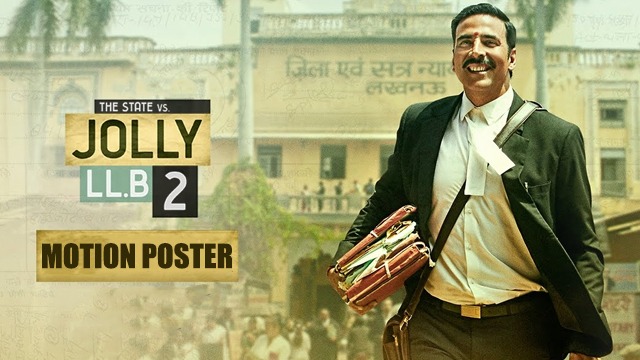 Jolly LLB 2, like Jolly LLB, is a courtroom drama where a novice fights for justice against a much senior big shot lawyer. Sequels hardly ever live up to the standards set by the first film and in this case it was already a tad disappointing to see Akshay Kumar as Jolly because Arshad Warsi had put his heart and soul in bringing the character alive in the first one. However, the promos looked fine, support cast seemed well put together and I hoped maybe it will be as good as the first one.

Since it’s a sequel to the 2013 film we all knew the basic outline of the plot. It’s impressive the way the director maintains suspense until the end – not the suspense of how the case will end but of how Jolly will win. He had so little going for him that audience is glued until the end, hanging on to the tiniest bit of evidence, wondering how the moody judge will react to the surprise witness or the tantrums of the shrewd defense lawyer, and waiting for another twist in the story.

Saurabh Shukla and Annu Kapoor are both outstanding but I don’t think Saurabh Shukla will get a national award this time for his performance. Jolly’s friend Birbal and the corrupt cop Suryaveer Singh were good but there could have been more meat in their roles. Huma Qureshi is totally wasted in the film, her love for whiskey and Gucci is the only entertainment she adds to the film. Akshay Kumar is okay… He looks good in his cocky street smart avatar in the beginning and at the end but his sincere avatar in the courtroom is something we have seen many times before.

Jolly LLB 2 has packed a decent amount laughs throughout but most of the comic moments are more ridiculous than witty. The fact that no lawyer wants to take up a case against the police and the scene when goons shoot someone in public yet no one comes to help touch a raw nerve.The judge practicing dance steps in the courtroom, big shot lawyer throwing tantrums and arguing with the judge, both sitting on dharna (strike/protest)… These situations are too ridiculous to be realistic. Overall there is too much unnecessary drama in the film. The songs are average and weaken the momentum created by the story.

Watch it if you have nothing better to do.