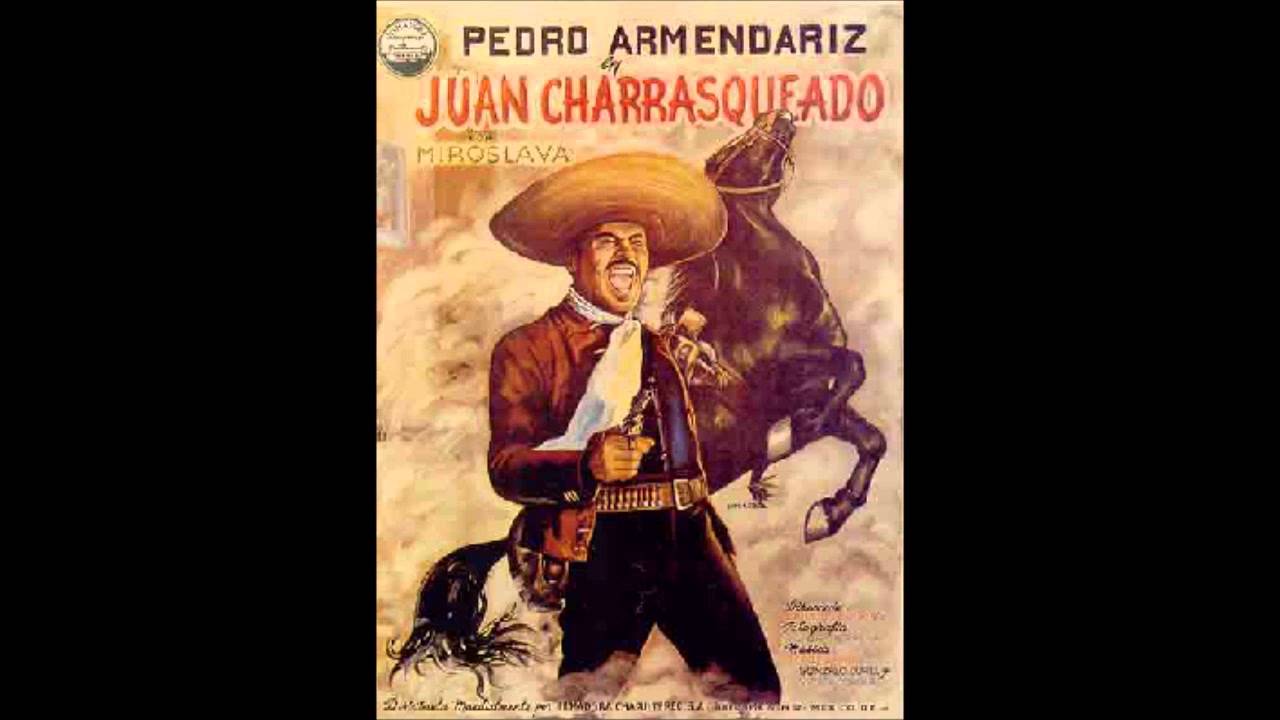 “Juan Charrasqueado” (played by multiple-award winner, Pedro Armendariz) is the story of a Mexican ‘charro’, a countryside ranch man, who has just arrived from a long travel far away and meets at his hometown a lot of old friends and partners, which, now watch him suspiciously as a cocky, opportunistic and scrounger loudmouthed man. Once established again in town, he’ll be only busy playing cards at the “cantina” (bar), getting drunk and “enjoying” the pleasures of life, until he realizes he has a deep love with María (played by the beautiful Slavic actress, Miroslava). Unfortunately, Maria’s brothers have planned to marry her with a wealthy ranch owner. A real duel will start between Juan and the brothers of María, until he decides to kidnap her. Juan is having more and more troubles all around the town and people will plan to stop him doing always all what he wants. The results could be of fatal and terrible consequences.

The film takes us to the Mexican countryside of the 1940s with all the atmosphere it implies: women flirting, gossiping and having fun in the town center; ranch men betting at cockfights; singing, gambling and fighting at the “cantinas” and the multiple adventures struggling with drunk-men. A beautiful story is behind this scenario: the one of a real, traditional, Mexican “macho” who falls in love with the most beautiful girl in town. The main character will have to watch himself in the mirror, realize what does he can offer María and make strong decisions about their future. Decisions that could make arise the envy and hate of an entire town that is not disposed to tolerate outstanding demonstrations of foolish virility, more a result of a national complex than the noble reality it involves. The film offers an interesting perspective of the psychology of the Mexican “macho” behavior, so selfish and strong in appearance and so weak and sensible in his deep soul.”

You Can Watch Juan Charrasqueado Full Movie Below: