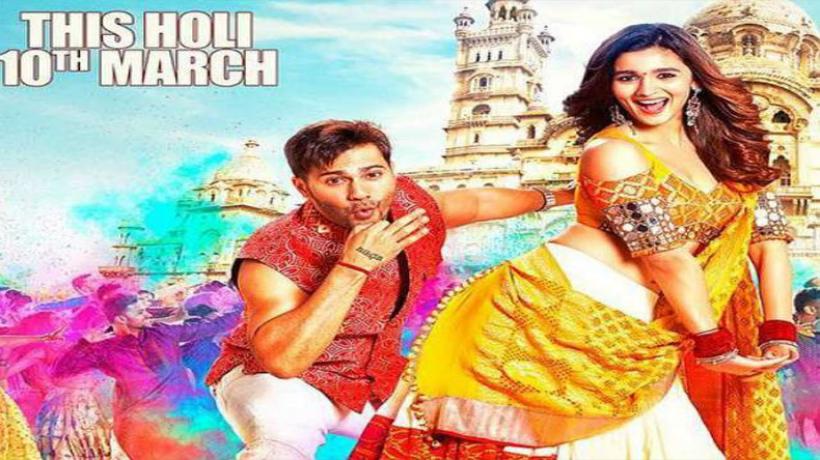 Last week, Kangana Ranaut accused this film’s prolific producer Karan Johar of nepotism. After watching ‘Badrinath Ki Dulhania’ today, I’m inclined to believe that if Karan has to be accused of something, it has to be of being utterly derivative and unoriginal…

‘Dilwale Dulhania Le Jayenge‘ (1995) – a film, I revered as a kid but can’t sit through today – has been the creative cow for the YRF as well as Dharma camp since the past two decades. Invariably, every YRF film still references the Aditya Chopra debut hit. KJo has built his own empire out of that very movie right from his ‘Kuch Kuch Hota Hai’ (1998) which was basically ‘DDLJ’ set in Archie’s world to the recent ‘Humpty Sharma Ki Dulhania‘ (2014) which even had the same cast as this franchise follow up.

Undoubtedly, Alia Bhatt and Varun Dhawan are hot property today. They are fine actors, look cute as a couple and suit their roles perfectly. Badrinath Ki Dulhania was probably conceived as a “project” to cash in on their current craze (Dependably, the Alia-Varun chemistry is super hot) while milking the same old formula of ishq wala love adding a tadka of dahej (dowry) ki buraai.

By the way, the dowry theme is directly lifted from ‘Daawat-e-Ishq‘ (2014), another YRF production. Infact, quite a few situations in ‘Badri..’ play out exactly as in that Aditya Roy Kapur – Parineeti Chopra flop.

There’s nothing more for me to write and whine about as you guys already know the plot, you know how exactly it will play out on-screen, you have heard and seen the songs on your tv/ smartphone (admittedly, Tamma Tamma remix is well recreated) and you know how it will end.

Badrinath Ki Dulhania offers nothing and I mean it, absolutely nothing new in terms of content. I guess box office revenues are the only thing that matter to Mr. Johar, originality and novelty be damned!!!!

Ratings on some key aspects of “Badrinath Ki Dulhania”: