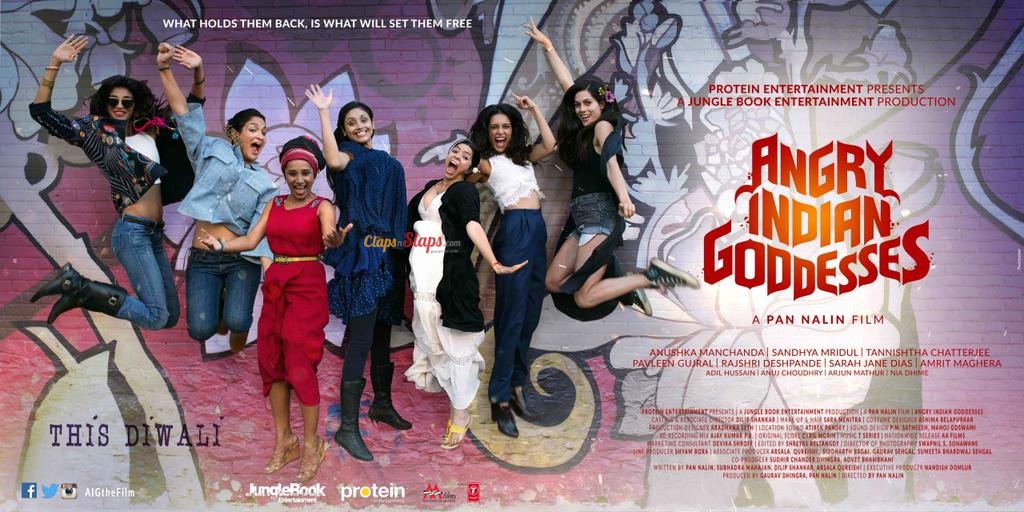 Angry Indian Goddesses is an interesting name and the film had a great start when all the characters are introduced one by one. I was looking forward to a great watch but it didn’t live up to the expectations set by the first 10 minutes.

It is basically a bunch of women getting together for bachelorette party of a friend. They are all very different characters, each with their own struggles and failures. The common thread tying all these characters together is that they are all facing misogyny and being modern, educated women they refuse to accept it.

The film starts with fun times and some laughs when the girls bond with each other. Their effortless camaraderie draws you in, and the Goan backdrop helps you feeling as carefree as the characters. Slowly, the story progresses to delve deeper into the characters, baring their individual insecurities and finally ends at a violent, sad event which is in line with the title.

The concept is good, the cast was well chosen, the characters had adequate depth and the story was pretty decent too. It was a treat to watch Sandhya Mridul after a long time. The maid Lakshmi and actress Joanna (Amrit Maghera) were very cute, the singer and trophy wife from Delhi were both charming and realistic. With so much going for it, the film had huge potential but somehow it didn’t create the impact it could have. The direction by Pan Nalin was not good, the camera moved too much and too randomly, the dubbing was poor too. I had to strain to listen to some dialogues, there was some background noise or poor voice quality. These two things mainly made it an exhausting experience to watch and follow the film.

Verdict On The Movie:

The film touches too many social issues but doesn’t have enough length to deal with all of it. There are a few gaps as well. The performances are fairly good and the lesbian relationship is shown tastefully. The event at the end is disturbing but too close to reality. However, the last scene is supposed to give goosebumps but it’s so cliched that it doesn’t even give you an emotional high. When Anoushka enters the church with musicians playing their instruments it’s more ridiculous than anything. What happens next is exactly what one knew would happen so no surprise there!

With a crisper direction it could have been a big slap on patriarchy and in the same league as PINK. Nonetheless, watch it for the mild entertainment and beautiful depiction of female bonding.