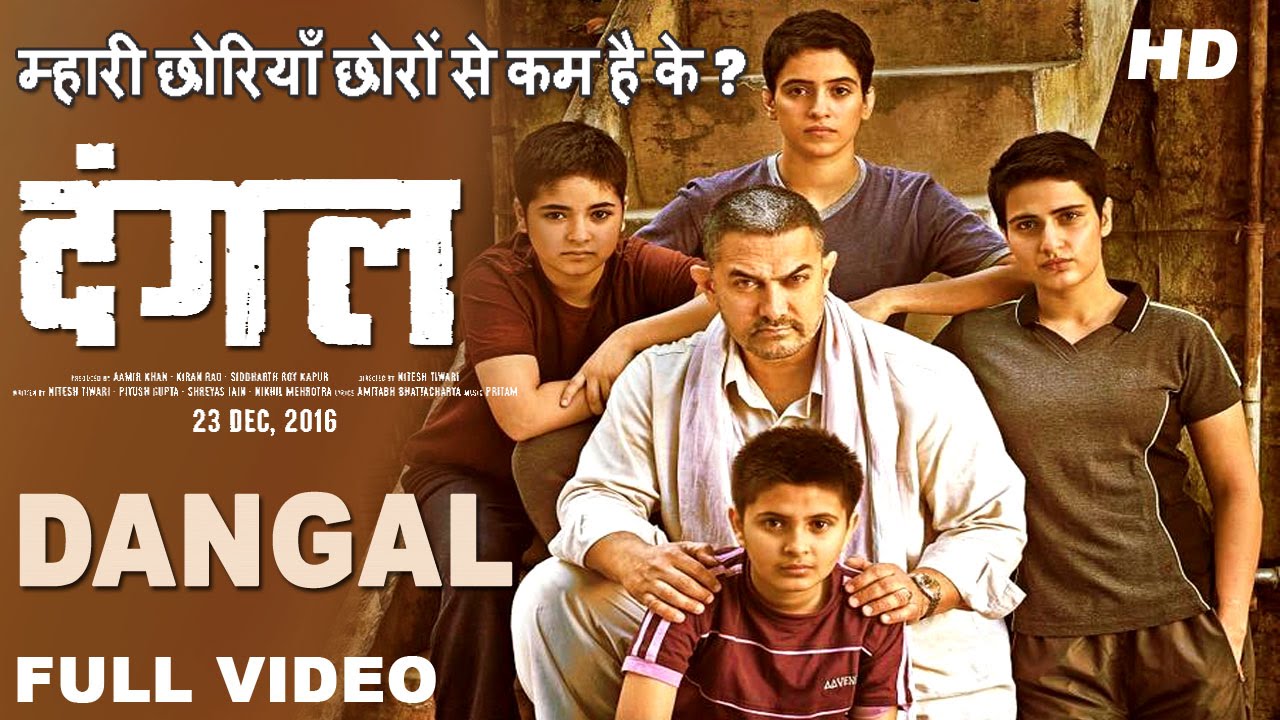 Watched Dangal yesterday FDFS definitely an oscar nominee. It is a must watch film for audience all over the world. Aamir Khan proves again why he is called Mr. Perfectionist. It’s the story of hard work, being passionate about the dream and fulfilling the dream no matter what. A truly Inspirational film.

Why to Watch Dangal?

The performances of every character in the film is completely intriguing and the visuals are stunning. The wrestling series are so realistic and were shot so well as if we are watching a real wrestling match and kushti (Indian version of wrestling). Aamir Khan plays a guiding role here and lets the girls who play his daughters in the film take the center stage on most occasions. What keeps us glued to the screen is Aamir khan’s transformation into a total Haryanvi father, with a submissive wife played by saas-bahu serial fame Sakshi Talwar. She always kept a subdued attitude toward her husband, only got fierce once when he asks her to cook chicken for his girls to build muscles in a vegetarian kitchen.

We have always seen Aamir in his Chiseled frame, this time playing an aging wrestler, with added pounds and flab and still wow. He mesmerizes you! literally lives the life of Mahavir Singh Phogat in rural Haryana.

The amount of effort that he has put in this film to look like a fat old father and then to lose weight to look like a real wrestler and that too for a flashback portion that hardly travels for 10 minutes is commendable.

But the stars of the film are definitely Zaira Wasim and Suhani Bhatnagar. As the young Geeta and Babita, they are simply adorable and charming. They show their innocent and aggressive attitude with such ease that you will fall in love immediately with their characters and start applauding them in every scene. The way their parents pronounced their names in Haryanvi accent is still lingering in my mind. The soundtrack of Dangal is adequately entertaining. Hanikarak Bapu, Dhaakad are my favorite.

You may have zero knowledge about wrestling but you find yourself clapping and cheering Geeta and praying that she wins. That is the beauty of this movie. Dangal is sensitive yet fun, serious yet entertaining. Anyone who consider girls are weak take them to watch Dangal. It delivers a powerful message in a country where rural women are subjected to restrictions and early marriage is the only option for their parents.. It’s a wrestling bout where the audience is the winner …please watch it in Theaters ..respect to Mr. Perfectionist!