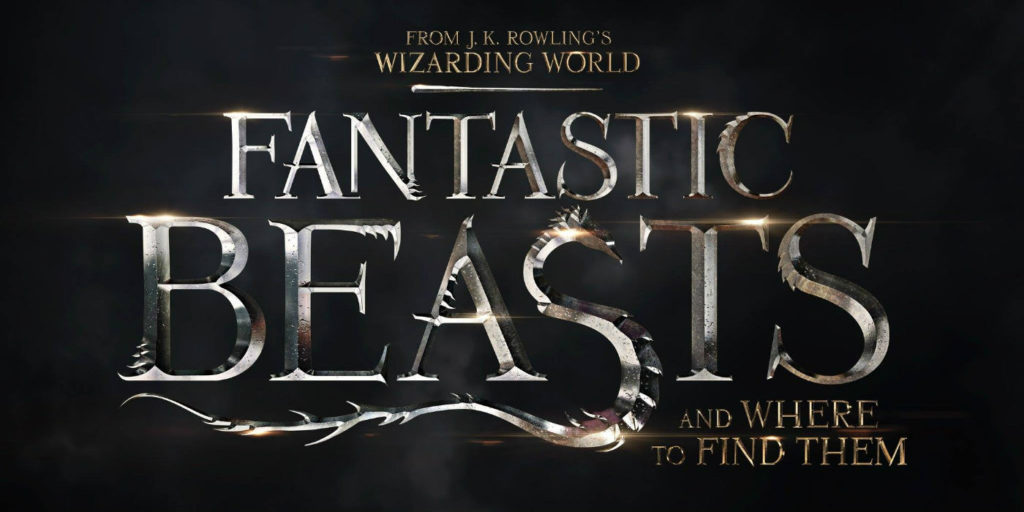 Fantastic Beasts and Where to Find Them - 2016 Movie

Movie: Fantastic Beasts and Where to Find Them

After the series of Harry Potter Movies that lasted for a decade (2001-2011), we are blessed with another fantasy movie series by David Yates (He directed last 5 movies of Harry Potter series). The Fantastic Beasts and Where to Find Them, is by no means a sequel or prequel of the legendary Harry Potter movies. It is just an extension of the magic world that we saw in Harry Potter. If the Harry Potter was set in England, the Fantastic Beasts and Where to Find Them is set in U.S.A, at least its first part is. We are being told that there will be 4 more movies following this one in coming future. The series will last almost a decade.

There are new characters, new magic practices, unknown threats, and lots of twists and turns in this new series. Although, it is also worth noting that Fantastic Beasts and Where to Find Them has connections to the Harry Potter series. For a detailed account you can read this article on IMDB.

Fantastic Beasts and Where to Find Them Story-line:

So, here we start with the story of Fantastic Beasts and Where to Find Them. The film is set in mid-1920s in New York, U.S.A. At the very start of it we come to know that the wizard world exists outside England too (pun intended). Movie starts on a note where a certain dangerous person named Gellert Grindelwald escapes that makes the whole wizard world fearful of his further actions. The city of New York is attacked by some beast and people are scared for lives.

On the other side, a wizard named Newt arrives in New York with a luggage full of “beasts that are beyond anyone’s understanding” and who are mainly perceived as dangerous by the people. Newt  Scamander meets a “No-Maj” (American version for Muggle) named (Mr. Kowalski) in the bank when one of his animals escapes from the luggage and he is seen by  Porpentina ‘Tina’ Goldstein (An Investigator and former AUROR from Magical Congress of the United States of America, MACUSA). She takes Newt Scamander, No-Maj to the President of the association. The president amidst her important meeting asks Tina to leave and never be seen in the office again as she is relieved of her duties.

The situation intensifies when Newt finds out that his luggage is been exchanged with Kowalski’s luggage. He finds out that Kowalski has opened the luggage and the beasts are on the run wreaking havoc in the city.  Tina agrees to give him and Kowalski shelter in her house and find the animals. At Tina’s house we are introduced to a new character called as Queenie Goldstein (Tina’s sister) who develops a romantic feeling for Jacob and posses the skill of  Legilimency (reading others minds).

From here, Newt takes Kowalski to the world of Fantastic Beasts where he tells him that contrary to the popular belief, actually none of these animals are dangerous. We came to see so many different varieties of species here and we also get to know about “obscurus” and “obscurial” (I am not revealing much about it as this will be spoilsport for you guys, go and see it yourself).

We are also introduced to a woman named Mary Lou, a No-Maj who is educating people against the threats of wizards and witches. She has many adopted children. She is cruel towards them specially, the one named Credence. It turns out that Credence is working for Percival Graves (An Auror and Investigator) interested in a child whom he thinks as “obscurial”.

Towards the climax we are shocked to learn that Credence is an Obscurial (None of the Obscurial recorded have survived beyond the age of 10, but Credence has and also have the ability to control it (the obscurus)). Credence takes out his anger by destroying the city, but is confronted by Graves. Later, Newt and Tina too tries to calm him down.

The secret world of wizardry is exposed to humans. Madam President decides to do the cover up as much as she can. The aurors alongside Madam President come to the point and kill Credence (at least it seems that he is killed). Graves opposes them and is exposed by Newt. It turns out that he is actually Grindelwald. He is immediately taken into custody. Grindelwald threatens Newt that gives us a clear idea of what coming parts of this series have in store for us.

Newt Scamander leaves New York not before saying to Tina to meet her again soon and leaving a bag full of silver eggs for Kowalski, who is obliviated along with the whole city of New York (by a bird of Newt).

Why to watch Fantastic Beasts and Where to Find Them?

There’s only one thing that can be said for this movie and that is 10 out of 10. So, grab the tickets at the earliest and enjoy this magical journey of Fantastic Beasts.