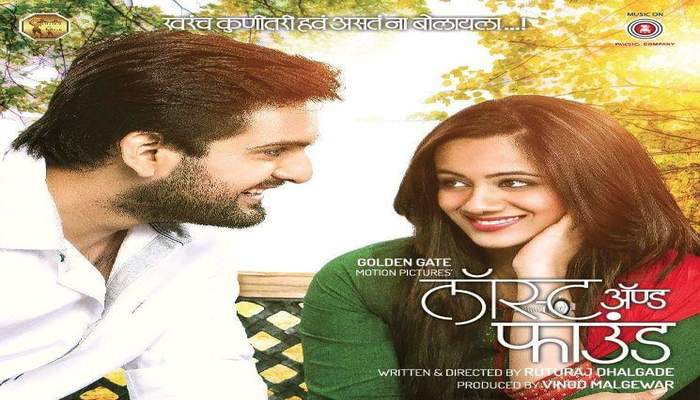 It’s become so easy to stay in touch these days no matter what corner of the World you live in. So then why is there an irony that the World is much lonelier than ever it has been?

This is what the movie is all about. Anti-loneliness program (ALP). Lost and Found is another Marathi movie with an interesting subject. Manas (Siddharth Chandekar) who recently has been through a break up doesn’t understand how to cope up with it and comes up with the idea of ALP. He along with other loner friends Shrirang Kaka (Dr. Mohan Agashe), Maruti (Mangesh Desai), and Naina (Spruha Joshi) and a few young volunteers start the program within their colony and soon start making progress in many states. The said teammates are active members of the group and are struggling with loneliness in their personal lives, we get to see their stories as the movie progresses.

Lost and Found movie is said to be a different love story of the lead characters, however it fails to focus both on the story and the topic in hand.

The topic is exciting and enchanting, but execution is frustratingly bland

Anti-loneliness programs are popular in foreign countries but it’s still a new and unexplored concept in India. The idea of the movie seems interesting, however seeking for clients by going door to door and roaming on streets behind every person walking on the road giving flyers seemed little off where people these days tries to stay anonymous when it comes to reveal their personal information.

The movie stands nowhere when we talk about entertainment and has some flaws with direction and visualization. The screenplay is weak which makes no emotional connect with either the characters or the story. However, the music and background score is sweet and mellow and goes in-sync with the movie.

Overall Lost and Found falls in a “not so good or not so bad category” and can be given a try.

Directed and Written by: Ruturaj Dhalgade