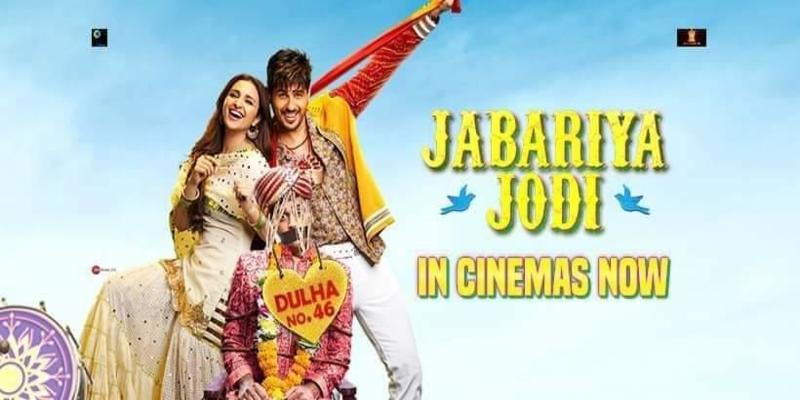 What the movie is all about?

Jabariya Jodi is essentially a romantic-drama comedy based in the North Indian state of Bihar. Abhay Singh (Sidharth Malhotra) and Babli Yadav (Parineeti Chopra) are childhood lovers, but unfortunately, Babli’s mother caught them kissing and beats her while Abhay runs away. This prompts her family to leave the village and settle in the city of Patna.

Many years later, they come across each other in a very unlikely manner. Abhay is now a groom abductor while Babli has achieved fame as Babli Bomb (because she beat a guy in a street on live TV). Babli is sure that her love of life is Abhay; however, for Abhay, a seat in the state legislative assembly is above all. Will the childhood lovers be together for life or will the time get the better of them? This is what Jabariya Jodi movie is all about.

Abhay has seen his father abusing his mother since childhood and he is afraid that like him he too won’t be able to give loyalty and respect to any girl. That is why he is not sure about falling in love. Thus, he just starts following in the footsteps of his father Hukum Dev Singh (Javed Jaffrey), who runs a groom abduction syndicate. Hukum Singh justifies groom kidnapping on the pretext that it’s a social service because if they don’t abduct these greedy groms for forced marriages then many of the poor and middle class girls won’t ever get married. Abhay too thinks the same unit he realizes his mistake in the end. He understands the fact that to fight a social evil you can’t create another one.

Babli on the other hand, is a free-spirited girl, who feels that life is very easy and she can do anything as per her wish. Things take an ugly turn when her father Duniya Lal Yadav (Sanjay Mishra) decides to get her married Jabariya (forcefully) to a doctor. Moreover, the guy who is tasked with kidnapping Babli’s groom is none other than Abhay Singh.

Due to some misunderstanding, Hukum Singh asks Abhay to return the bayana (token money) to Babli’s father. Abhay does the same and also tells Duniya Lal Yadav that he doesn’t love Babli. This breaks Babli’s heart and she decides to take revenge. The rest is a fun ride that you should watch either at your nearest cinema hall or wait till the film premieres later in the year on TV. We are not going to spoil your curiosity here at the moment.

Acting And Other Technical Aspects Of The Movie

Sidharth Malhotra has looked at home with his role and Bihari accent. His body language and expressions are perfect. However, Parineeti Chopra seems a bit out of place with her forced Bihari accent. She doesn’t look natural at all. The rest of the cast including Javed Jaffrey, Satish Mishra, Aparshakti Khurana, Chandan Roy Sanyal, Gopal Dutt, and Sheeba Chaddha have performed well. The comic timing of Satish Mishra is immaculate and we all love the expressions and body language of a frustrated dad.

The setting of the movie is very genuine and gives a perfect portrayal of rural as well as urban Bihar. The screenplay, camrework, cinematography, and direction give the movie a much needed boast. However, we feel that the background score was too loud for our liking. The songs were good and we especially loved the song “Dhoonde Ankhiyaan.”

Our Verdict of Jabariya Jodi Movie

To sum up, Jabariya Jodi takes up so many things at once and fails to conclude any of them properly. We see that Prashant Singh has tried his best to take up some serious issues in his debut venture such as groom kidnapping, corrupt police and political system, female abuse, and so on. But the real problem with the film is that in the end it is no more than a mediocre romantic-drama comedy with usual mirch masala of Bollywood. The one thing that’s consistent throughout the film is comic punches. Jabariya Jodi gets 7 out of 10 from us. We are a bit disappointed after its promising trailer failed to deliver substance.

Made with a budget of 22 crores, Jabariya Jodi has earned just over 12 crores till the time of the publishing of this review. The film is heavily bashed by movie critics and public alike. But, it seems that with time it is steadily moving towards break-even point. It will face tough competition at the box office from Akhay Kumar starrer Mission Mangal; however, it will do well in UP and Bihar in the coming weeks.