Jabariya Jodi Trailer Review: One Of Its Kind Romantic Comedy-Drama 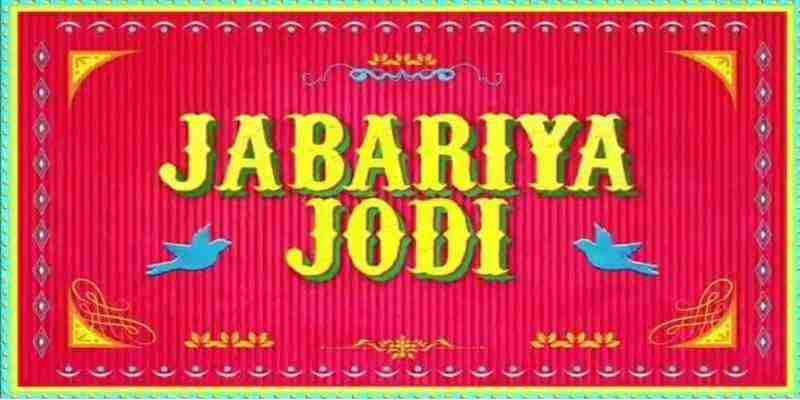 The trailer of Prashant Singh’s latest Hindi movie “Jabariya Jodi” is out already and we all loved it. The movie stars Sidharth Malhotra and Parineeti Chopra in the lead roles. Produced by the brilliant and successful trio of producer Shoba Kapoor, Ekta Kapoor, and Shailesh R. Singh, Jabariya Jodi will be the surprise wedding of the year. The movie is made with an association of Balaji Motion Pictures, Karma Media & Entertainment, and ALT Entertainment.

Jabariya Jodi is an eccentric, entertaining romantic comedy that will make you laugh again and again throughout its run-time. However, the movie takes a hilarious spin on the social issue of groom kidnapping that is prevalent in the North Indian states of Uttar Pradesh and Bihar. After watching the trailer, one can witness a laughter riot wherein plucky lovers begin there journey with a challenge to win the cute war of love.

Before we move to the trailer and what it has for us, let’s talk about the inspiration of this movie. According to various sources, it is learnt that Jabariya Jodi is not made on any specific real event; however, the movie takes inspiration from the real evil of groom kidnapping prevalent in the Hindi heartland of India. The writer Sanjeev K Jha belongs to the region has done his best to put his point in a straightforward manner with utmost accuracy behind the veil of comedy and drama. In an interview, Siddharth too confessed that the film may not be based on a real story but is 100 percent based on real events of the same nature.

Check out the exciting trailer of Jabariya Jodi Below!

What To Expect From The Movie?

At one point of time you think it is merely a usual Bollywood romantic comedy-drama. But in a couple of scenes you get an idea that it hilariously but seriously takes up the social evil of marriages meant for dowry. Sidharth Malhotra and Parineeti Chopra have once again reunited on the big screen with Jabariya Jodi, their second film after Hasee Toh Phasee. One thing that makes this movie worth waiting is the fact that both these stars haven’t played this kind of role earlier in their career. It’s a different world and different role for both the talented actors.

The dialogue of Sidharth Malhotra in the trailer, “shaadi aur shraadh, hum dono karvaate hai” makes you buzz with excitement to watch Jabariya Jodi scheduled to release on 9th August 2019.

Right off the bat, the trailer looks interesting and gives you an ample idea of what the movie has to offer us. However, we would like to share our opinion on the local parlance right, the film relies heavily on quirky one-liners and funny entrapments to evoke laughter besides some decent music and songs. It co-stars Aparshakti Khurana, Sanjay Mishra, and Javed Jaffrey in crucial roles and will rely on their straight-faced humor to deliver home the laughter riot. In Jabariya Jodi, we believe the makers have given enough attention to music and choreography and it is evident after the success of the movie’s songs so far on FM channels.

Both Sidharth and Parinneti have not seen box office success in their recent ventures. And, we can only wish that this streak breaks this August with the success of this movie. In the end, we would conclude by saying that there’s no harm in going to watch this entertaining romantic comedy at your nearest theaters.

As of now the exact budget of this film is not known, however, it is assessed that it would be in the range of INR 15-30 crores. Seeing the success of the trailer so far on YouTube, we strongly sense that Jabariya Jodi will easily cross the 100 crore mark by the fourth or fifth week. Region wise, it will be a big hit in UP, Bihar, Delhi, and Maharashtra. But we feel that it will struggle to make profits in the overseas markets because of its very “regional content.”

Stay tuned to The World of Movies for our full review of the movie soon!