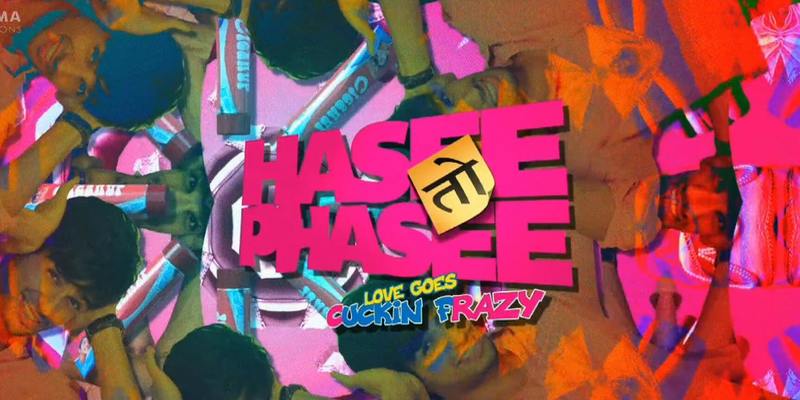 What the movie is about?

Some people are weird by our so called normal standards. They got to be like this forever, because if they change themselves they will lose their innocence and genuineness. Hasee Toh Phasee tells the story of two people: Nikhil (Sidharth Malhotra) and Meeta (Parineeti Chopra).

Nikhil an Event Management Professional is in love with Karishma (Adah Sharma) for the last 7 years and is about to marry her. But she wants him to get a high profile IPL contract before the marriage or else she will abandon him. Meanwhile, Karishma’s estranged sister Meeta comes back after 7 years. Due to her busy schedule and disaffection for Meeta, Karishma asks Nikhil to somehow manage Meeta till they get married.

As the time of marriage comes closer, Nikhil and Meeta realize that they have much more in common than they think. Will Meeta take Karishma’s place or Nikhil’s loyal nature won’t allow him to ditch his love of 7 years? This is what Hasee Toh Phasee movie is about.

Nikhil and Meeta are different from others since childhood. They are a bit unconventional from their peers: emotionally and mentally. Nikhil is born in a family of IAS, IPS, IFS officers. While his family wants him to be like his father and relatives; he chooses another way and becomes an Event Management Professional much to the dislike of his family as well as his would be in laws. Although he is a hard working guy but still luck seems to always eluded him except for the fact that he has an extremely rich girl friend.

Meeta on the other hand, is born in a lower middle class family but now his father is a rich businessman. Nobody on earth seems to have any clue about her nature and aspirations except her father (Manoj Joshi). But when she asks him a big amount to complete her project, he too withdraws himself this time from helping her. This prompts Meeta to leave her home and family after stealing money from him.

After 7 years, it’s time when Karishma (who is Meeta’s sister) is about to get married to Nikhil. Suddenly, she learns that Meeta is back in town to meet their father. Thinking of the fact that Meeta is a drug addict and the last time she left home their father had a heart attack she decides to keep her away from the family until marriage takes place.

But destiny has something else for these three, oblivious of the fact that Meeta is Karishma’s sister, Nikhil agrees to take care of Meeta. He brings her home after she fails to get a decent place to stay. Here begins their journey and they both get to explore exciting facets of each other’s personalities (this is something that you will really love watching). As the day of marriage approaches, Meeta tells Nikhil to leave Karishma and marry her because they are more compatible with each other. But instead of agreeing to her, Nikhil asks her to leave India and go back to China. But true love always finds a way back. In a melodramatic fashion, Karishma after realizing Nikhil’s love for Meeta asks Nikhil to go away from the marriage ceremony. While Meeta cancels her plan to leave India and comes back home.

Every relationship requires a breathing space as well as mutual respect for each other. But a relationship based on one party’s domination over the other will become zestless over time. This is exactly what happens with one of our protagonists. Nikhil is tired of Karishma’s frequent break-up threats and wants to live his life on his own terms. But apparently, being a good hearted guy with family values, he is reluctant to ditch her or is afraid of the consequences.

But when Meeta enters his life, his perception changes towards relationships. He learns that what he was thinking as the best option for him has actually become a barrier for him in enjoying his life to the fullest.

The same applies to us in our real lives as well. We do not need to surrender our free will to anyone just for the sake of keeping a relationship alive.

Our Verdict of Hasee Toh Phasee

The film deserves 9 out of 10 from us for its overall entertainment value that includes memorable music & songs; decent story-line; and awesome acting by Parineeti Chopra.

If you are into romantic-drama movies then Hasee Toh Phasee must be on your watchlist. Even after 5 years of its release the film feels fresh and beautiful piece of Bollywood cinema.

English Title: Smile And Get Snared