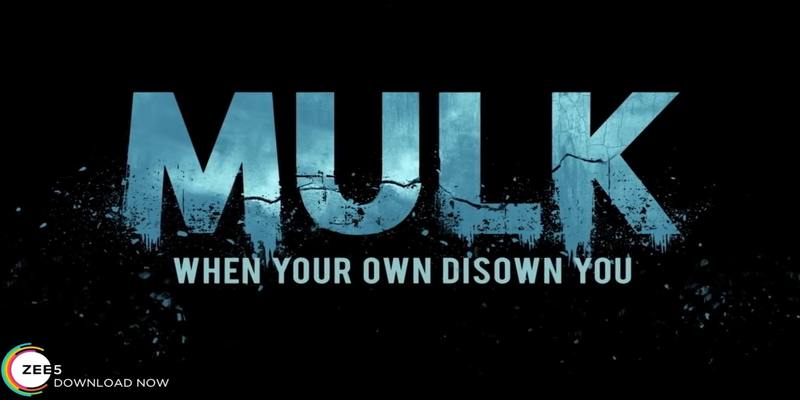 What Mulk Movie Is About?

Anubhav Sinha’s Mulk is about a Muslim family’s struggles to defend themselves and prove their innocence when one member of the family gets involved in an act of terrorism. The movie wonderfully portrays how certain minorities face the brunt of prejudice in the society.

The movie begins by showing us a happy joint family comprising two brothers, Vakeelsaab Ali Murad (Rishi Kapoor) who is the head of the family and his wife Tabassum (Neena Gupta) and Bilal Mohammed (Manoj Pahwa) and his wife (Prachi Shah).

This family is shattered after a bomb blast takes place where several innocents are killed and they find out that their youngest son Shahid (Prateik Babbar) is involved in it. Subsequently, after this incident, their family comes under police radar and Shahid’s father Bilal is taken into police custody under suspicion of being involved and being the mastermind of the whole act while Murad is accused of aiding and abetting his brother. As soon as the news spreads in the mohalla, Vakeelsaab is snubbed and family is harassed to such an extent that they’re made to believe that they don’t deserve to be a part of this civil society.

The first half of Mulk is slow but crisp. The drama begins in the second half when unexpected events start turning the pages. The matter is brought to the court. Here, a Hindu daughter-in-law Arti Mohammed (Taapasee Pannu) of the family fights for justice. And thus begins the court proceedings. The give and take of the dialogues and punchlines and their sequences are noteworthy.

Direction, Script, And Performances By The Cast

A great come back by Ashutosh Rana as a public prosecutor (Santosh Anand) for his brilliant work. Rishi Kapoor as the head of the family plays his role perfectly, which gives weight to the character where he has to prove his love for the country without any doubt. Prateek Babbar has a short role as a young Muslim man, who voluntarily chooses his path towards religous extremism. Taapasee Pannu has delivered great dialogues but loses her grip when comes to long talk and delivering punchlines.

All the supporting cast Indraneil Sengupta, Neena Gupta, Manoj Pahwa, Rajat Kapoor, and Kumud Mishra are the other talented actors who bring the right amount of emotion and expression to this intense piece of cinema.

Direction and script are befitting and it’s a strictly no-nonsense movie. There is not much music. Mulk movie puts forward some serious questions and points in front of us by how we select between them and us. It does not take sides and still manages us to choose what we see.

Very hard-hitting and sensitive subject, superbly portrayed. A must add in your watch list.

Image source: Screenshots taken and created from the movie