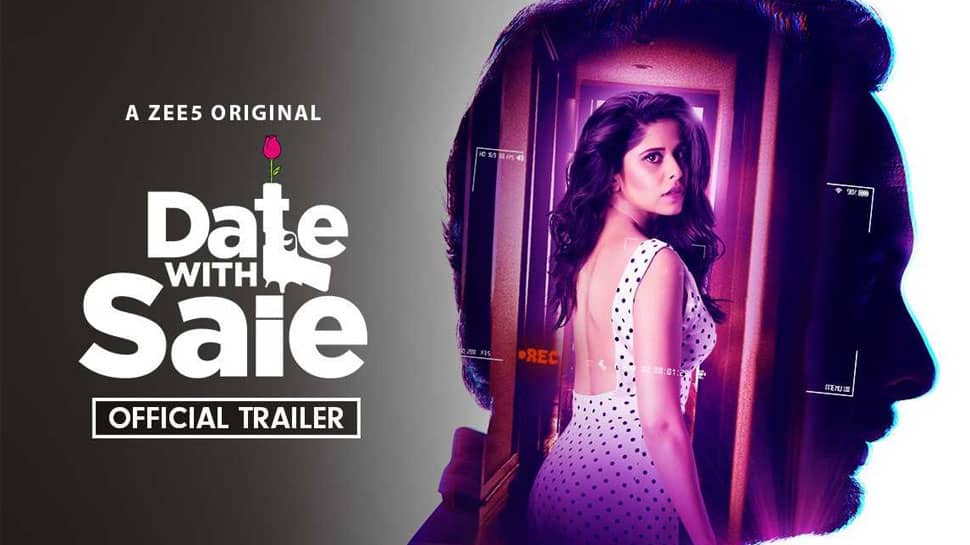 The trailer of ZEE5’s much awaited Marathi original web series “Date With Saie” is out. The intriguing web series stars the renowned Marathi actress Sai Tamhankar in the lead role along with Rohit Kokate. The rest of the cast too is impressive and includes some of the known and upcoming faces of the Marathi television and film industry. The web series is directed by Dnyanesh Zoting, who earlier this year gave us Raakshas–a super hit Marathi fantasy thriller movie, and is produced by Potadi Entertainment’s Nikhil Sheth. Date With Saie consists of nine webisodes of around 22 minutes each.

According to the synopsis mentioned on the OTT platform, Date With Saie is a thriller that revolves around the life of Sai Tamhankar who stars as a fictional version of herself. Eventually, she figures that she is being stalked by a fan played by Rohit Kokate. The fan wants to shoot a film on her and is ready to go to any limits to achieve this. Things at first seem normal to Saie, but as she explores more about this fan tension, fear and insecurity grip her.

Sai Tamhankar in Date With Saie

The trailer gives us ample idea about what we are going to see in this Marathi web series – there is suspense, betrayal, fear and a whole lot of thrills.

In the trailer, a person introducing himself as the Chairman of Bank of Singapore (Mr. Himanshu) approaches Saie with an offer that somehow she can’t reject. It is a role in his dream movie which is going to be directed by him. But unknown to her, he wants to give his film a realistic touch and installs secret cameras in her house.

By the time Saie realises what is happening, things begin to get really twisted. Thus, Saie’s struggle to get rid of this dangerous situation begins.

What makes Date With Saie different?

We hear and know about stalking, be it through news reports or personal experiences. But, what we don’t realise is the fact that how this can lead to the destruction of someone’s life and privacy. With the advent of technology, it has become easy for stalkers to pick their target and ruin their lives. Dnyanesh Zoting’s Marathi web series revolves around this whole scenario in a spine-chilling fashion.

Apart from the intense premise, here are some more reasons to watch Date With Saie:

All in all, it seems that this latest Marathi web series highlights and capitalizes on a common but ignored aspect of modern society. It also shows us the other side of being famous – how brutal and terrifying it can be to be a celebrity.

One thought on “‘Date With Saie’ Trailer Review: A Date That You Can’t Afford To Miss”