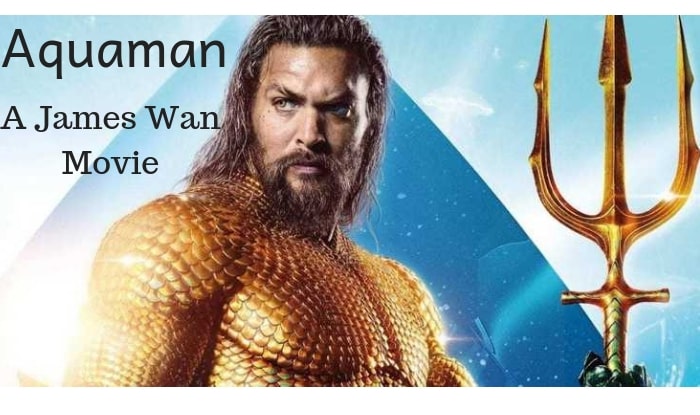 The world knows about the lost city of “Atlantis”, but there are a few who believe in the story. For majority, Atlantis is a myth, a legend or even a part of Greek mythology. Aquaman movie tells about the life underwater and how the Atlanteans survived a disaster centuries ago to become masters of life under water. They even possess ground-breaking technologies that we ‘surface dwellers’ cannot even dream of.

A lighthouse keeper, Thoman Curry rescues Atlanna (Nicole Kidman, a princess of Atlantis) in Maine. She fled from her kingdom to avoid a forced arranged marriage. Love blooms between the two and Atlanna gives birth to a boy–half human, half Atlantean–but a full King. The boy is named Arthur Curry (Jason Momoa) and possesses powers that are greater than that of any underwater being or any human. Atlanna is attacked by the elite force of Atlantis and had to leave her family behind for the safely of her child.

Arthur grows up without his Mom, but with the help of Vulko (Vizier of Atlantis, a loyal servant of Atlanna) learns everything he should being an Atlantean. Despite persuasions from Vulko, Arthur is not ready to go to Atlantis and claim his rightful place, especially after learning that his mother was executed by her husband for giving birth to him. But life has a way of bringing people together and one day, Arthur Curry who is now known as “Aquaman” to the surface world decides to go to Atlantis.

Here he meets his step-brother Orm, who thinks of him as an abomination and wants to kill him at any cost. Orm challenges Aquaman for a one on one duel to decide who will take the throne of Atlantis. Arthur is defeated with his trident (originally belonging to Atlanna) broken. But, defying the ancient sacred laws of the underwater, Princes Mera (Amber Heard) saves him and they both flee Atlantis in a vessel. Infuriated at Mera (his fiancée), Orm orders to bring both of them for punishment.

Mera and Arthur deciphers an ancient message of King Atlan (the first and most powerful King of Atlantis) in the Sahara desert that tells the only way to rule Atlantis unchallenged is by possessing the “Trident of Atlan”. But to get this trident, Arthur and Mera must journey beyond the edge of the world to the hidden sea. They are attacked by Black Manta and elite Atlantis force on their way to find the hidden sea. Upon reaching the hidden sea, they encounter some of the most nefarious creatures they could think of.

As Arthur reaches close to the lost trident, another obstacle blocks him in the form of “Karathen” (world’s most dangerous sea creature, who is protecting the trident from the false kings since centuries). As we expect, after a brief duel with the creature, Arthur retrieves the trident and becomes the true King. With Mera by his side and Karathen subservient to him, Arthur defeats Orm and saves the two worlds. As Arthur ascends to the throne of Atlantis he says:

“I am a Son of the Land, a King of the Seas and the Protector of the Deep”, I am Aquaman

My Verdict and Rating of Aquaman Movie

After the success of Wonder Woman and Justice League, DC has once again given its followers and regular moviegoers a great movie to watch that fulfills all the criteria of entertaining cinema. I am giving 10/10 to Aquaman movie with no doubts in my mind.

The reason I loved Aquaman was because it performed outstandingly well on many fronts. The special effects are phenomenal and captivating; the whole underwater world that we have not seen in any movie so far is just majestic; the costumes and weapons are great and pleasing to eyes; the casting is immaculate, none of the character seems out of place; and most importantly the content is really good, in fact, it has an underlying social and environmental message in it. Special mention for the director, James Wan, for making such a great movie with excellent cinematography, VFX effects and unmatched action sequences.

I am suggesting to book your tickets ASAP and go enjoy this underwater cinematic delight with your friends and family. I suggest to try it in IMAX 3D for an unbelievable experience.

You can read more about Jason Momoa and his life Here