Skip to content
Articles The Star of The Week

Jason Momoa – All You Need To Know About Him 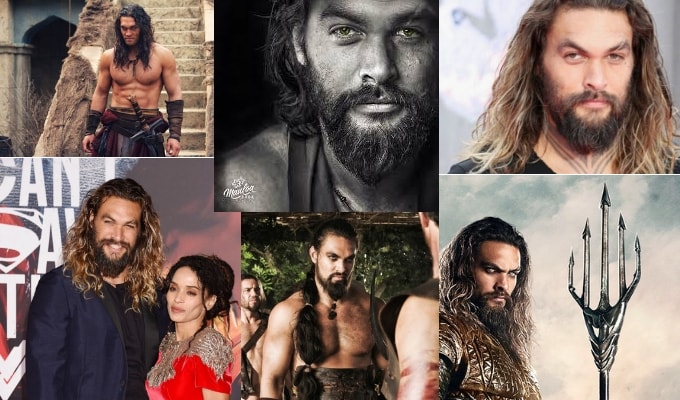 Jason Momoa born Joseph Jason Namakaeha Momoa in 1979 on a beautiful island of Hawaii, is an American Hollywood actor. Jason has starred in a dozen movies so far in his career, and most of his movies are average in terms of box office value as well as public acceptance. He has also starred in over half a dozen TV series that includes the likes of Game of Thrones and Baywatch-two of the most famous and successful TV series of this century.

The 39-year-old muscular hunk is over 6 feet tall (6 feet 3 inches to be precise) and has a huge female fan following around the world. Jason’s stroke of luck came when the famed Hollywood companies DC Films and Warner Bros. Pictures decided to cast him as Arthur Curry AKA “Aquaman”. Jason Momoa has starred in the last two DC movies along with the other superheroes of the DC Extended Universe (DCEU). In Batman V Superman: Dawn of Justice he had a little part to play and was only there to make DC lovers understand that the DCEU has a counterpart of Avengers Thor. However, he created an impact in the Justice League with his swashbuckling style, heavy tone, and authoritative acting.

It is expected that his forthcoming movie – Aquaman – will be a milestone in his career. The movie is predicted to earn in excess of $800 million, making it one of the biggest hits of the year.

Jason Momoa is married to Lisa Bonet, who is 12 years older than him. They have two lovely kids – a boy and a girl. Jason identifies himself as a religious guy and practices Buddhism. He often visits Tibet in China for religious purposes. The Braven actor also loves tattoos and has plenty painted on his body-adding a distinct charm to his personality and giving unique touch to the character of Aquaman.

# The dashing actor was slated to appear in 2016 blockbuster – The Magnificent Seven. However, he dropped out due to his busy schedule and commitment with Aquaman.

# The most famous and distinguished tattoo of Jason is a half-sleeve on his left forearm. The tattoo is a tribute to his family god “Aumakua”.

# The Sugar Mountain star has a step daughter named, Zoe. And, he loves her a lot like his own kids.

# Our beloved Aquaman has also auditioned for a role (not known) in Marvel’s Guardians of The Galaxy. Imagine, what would have happened, if he was not casted as the Aquaman? Probably, we would not be rooting him this much as we do now.

# Jason Momoa is the first world-famed superhero belonging to the underwater world. Sounds great isn’t it?

# In an interview recently, Jason told that he used to jump from cliffs as kid and he did the same on an occasion for the promotion of his upcoming movie.

# Jason Momoa has studied Marine Biology for some time. How strange that now he is playing the role of lord of the water in Aquaman!

# He has also worked as a lifeguard in the Gulf Coast. Well, it appears as if Jason Momoa was destined to be the Aquaman oneday!

To be true, I haven’t seen most of the movies starring Jason. So, in this section, I am only writing about the performances that I have watched and appreciated of Jason Momoa.

2. Once Upon a time in Venice (2017) an action comedy; in the film Bruce Willis was compelled to perform some difficult tasks for a gang’s leader performed by Jason Momoa. The film was a box office bomb and was snubbed by public and critics alike.

3. The Bad Batch (2016) starring Jim Carrey, Keanu Reeves alongside Jason Momoa was selected for Golden Lion Award. The movie was based on people who are dumped outside Texas because they are deemed as anti-social elements by the society; Jim Carrey played the role of a Hermit in the film. Jason’s performance as the Miami Man was appreciated all around. The Bad Batch to was a box office bomb, but received some positive response from the critics.

Apparently, I have not seen any TV series that Jason has worked in, so I am not writing about it. Moreover, I am really hoping that in two weeks time, I will add a paragraph more on Jason Momoa’s performance in Aquaman film.