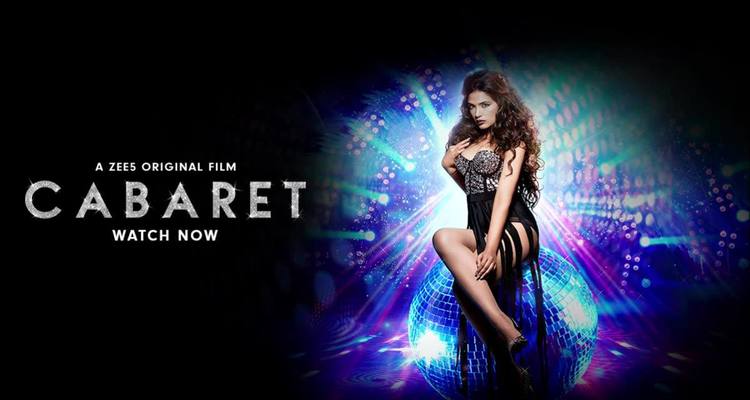 Pooja Bhatt’s much-anticipated movie, Cabaret has finally released on ZEE5. The film stars the Fukrey and Masaan star, Richa Chadha, in the lead role and focuses on the almost forgotten genre of dance in Bollywood – Cabaret.

Origin of Cabaret in Bollywood

The modern Cabaret culture has its origin in post-World War – I Germany. In Bollywood contrary to the popular belief Cabaret was introduced much earlier than Helen made it her own. It was Cuckoo (an Anglo-Indian performer) in late 1940s and early 1950s who introduced Cabaret songs in Bollywood. She performed a brilliant cabaret song in the 1948 romantic drama movie, Anoki Ada that made her the heartthrob of the then Bollywood. She went on to give memorable performances in Awara (1951) and Aan (1952).

It was Cuckoo, who introduced the 13-year-old Helen to Bollywood. They both starred in Chalti Ka Naam Gaadi (1958) and Yahudi (1958). While Helen continued her walk towards glory, Cuckoo bid adieu to the film scene after making a final appearance in Mujhe Jeene Do in 1963.

Throughout the 60s and 70s, many leading ladies such as Jayashree T, Asha Sachdev, Fariyal, Aruna Irani, and Bindu featured in many super hits, evergreen songs of Bollywood. But none of them could reach to the heights achieved by the vivacious and glamorous Helen. Helen literally rules the Golden Years of Cabaret in Bollywood in the 1960s and 70s. Some of the memorable cabaret songs of Helen are: Mera Naam Chin Chin Chu, Aa Jaane Ja, Jeena Kaisa Hai Pyar, Hello Everybody, Haye Mere Paas, Is Duniya Mein and O Haseena Zulfon Wale to name some. According to socio-cultural historian Mukul Joshi despite having a humongous fan following, Helen couldn’t really get her due.

Other than the Cabaret specialists many well-known A-grade actresses featured in cabaret songs such as Parveen Babi, Zeenat Aman, Mumtaz and Rekha among others.

By 1980s and early 1990s, cabaret songs were replaced by other variety of dance songs such as Disco and Western. Eventually, cabaret songs faded from the Bollywood except for rare exceptions.

By the dawn on the 21st century, a new craze took over the industry–Item Songs. This marked the end of Cabaret in Bollywood. We can easily think of old Cabaret songs as today’s item numbers; though the stark difference between them is that they were a part of the movies’ story and were an integral part of them. While almost all of the item numbers of today are “forcefully fitted” into the films.

Now coming to the movie Cabaret, it revolves around the life of a Cabaret dancer Rosa and her struggle to live a normal happy life. The songs have been beautifully choreographed and give a feel of the golden era cabaret of the 1960s and 70s. Richa has performed extremely well and seems in place with her role. The background score is extremely well composed and goes in sync with the overall theme of the film.

Perhaps it wouldn’t be wrong to say that Richa Chadha has once again made Helen relive on the silver screen. It might be another dawn for the cabaret genre in Bollywood.