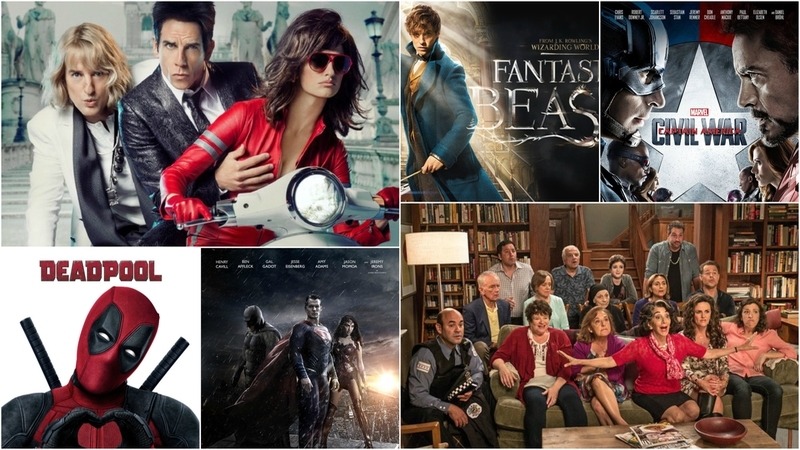 Hollywood So Far In 2016 – Expectations & Reality

Like every year this year too there were a lot of Hollywood releases which had high expectations, but couldn’t deliver. While few movies which were initially thought to be as low key affair, unexpectedly made it big at the box office. As far as the collections are concerned till now, the top 5 highest grossing movies of 2016 are:

Among the above mentioned films, “Batman vs Superman” received a negative review from the critics as well as the viewers. But, still it was able to earn more than 3 times of its budget. Mostly, due to the “hype” created around the movie. On the other hand “Captain America – Civil War” not only crossed $1billion mark, but also ruled the hearts of the people worldwide.

One movie that crossed the expectations given its budget is Ryan Reynolds starring “Deadpool”. The film was supposed to earn around $850 million world over and so far it has made around $780 million. With a budget of just under $60 million Deadpool has earned more than 12 times of its budget. The film holds an 8.1 rating on IMDB with almost half a million votes currently. “Zootopia” too was expected to gross $850 million internationally has surprisingly crossed $1billion. The movie got 98% on Rotten tomatoes which is a testimony of its commercial as well as cinematic success.

Now, talking about the films that disappointed us. Among the foremost are “Zoolander – 2” & “My Big Fat Wedding – 2”. Both the films have couple of things common between them. These sequels are released after more than a decade of their first part. They both were highly anticipated movies of 2016 and they didn’t live up to the expectations. Although, they made more than their budget, but still were not accepted by the audience in general. One more “sequel” that hit the screen in 2016 was “The Huntsman – Winter’s War”. Despite an experienced and powerful cast and all the marketing and media hype created around this film it can only be considered as “below par”. In general, we can say year 2016 wasn’t good for sequels. Except for few of them, all the sequels were either rejected by the audience or couldn’t make the impression that was expected from them.

“Independence Day – Resurgence” couldn’t even make the half of what was predicted out of it. Likewise, “Now You See Me – 2” although did a “modest” job in theaters, but by no way surpassed its first part commercially as well as popularity wise. Similarly, “Ghostbusters” couldn’t even cross its budget till the time this article was written.

Now, here are my top 5 movies that are yet to hit the screens in 2016 and what we can predict for them in revenue worldwide.

It would be interesting to watch and see what these movies can bring to us and whether they will make their way into the Top-grossing movies of 2016 by the end of the year or not. Till then take care and enjoy watching movies…!