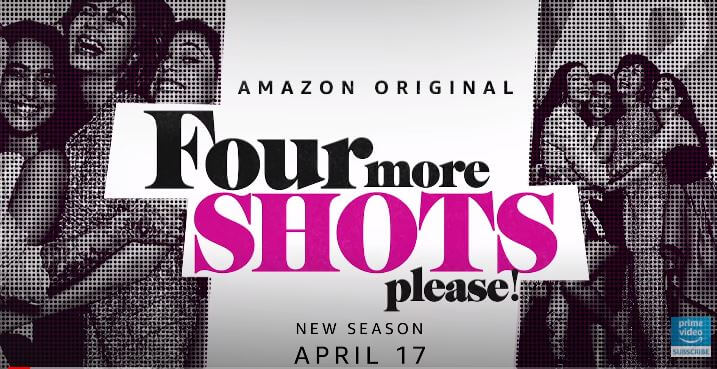 Life is all about situations that take you on a ride. The Four More Shots Please! Season 2 is all about these bumpy rides in the lives of Damini (Sayani Gupta), Umang (Bani J), Anjana (Kirti Kulhari) and Siddhi (Maanvi Gaagro) – the four women who met at the Truck Bar and bonded over some tequila shots.

In this season all the four go through ups and downs in their relations, with Damini hanging between Jeh (Prateik Babbar) and the handsome Warsi (Milind Soman). While she also tries to create a political steer by writing a book on a judge who was murdered.

The Season 2 also shows Siddhi has been using her mom’s money travelling around the world and now wants to prove herself. Tries to be a stand-up-comedian by cracking jokes on body shaming while talking about self-love in one of her acts.

Anjana Menon (Kirti Kulhari) is trying hard to get over her ex-husband and next is in bed with a married man. She also faces workplace harassment and lands as a senior partner in the next firm.

Umang (Bani J) is still in love with her superstar girlfriend who turns out to be bipolar and is played, rather horribly, by Lisa Ray who ruins almost every scene she is in with her pathetic facial expressions and lack of acting.

Four More Shots Please! Season 2 is a women centric series that tries to cover a lot of points that were on Twitter in 2019. But the series still makes you happier to see Damini, Anjana, Siddhi and Umang together who are adamant in keeping the negativity out of their world no matter what.

The episodes are 35-40 minutes each. It makes for a good binge watch during weekends. So, hit the play button on Amazon Prime Video now.

Namita Tribhuwan, an IT professional and a seeker of everyday magic. Writing is my passion. I write blogs and website content. My passion for writing comes from reading, travelling and watching movies. I am a great fan of Bollywood movies and series. For me cinema is not just a movie but a life experience.