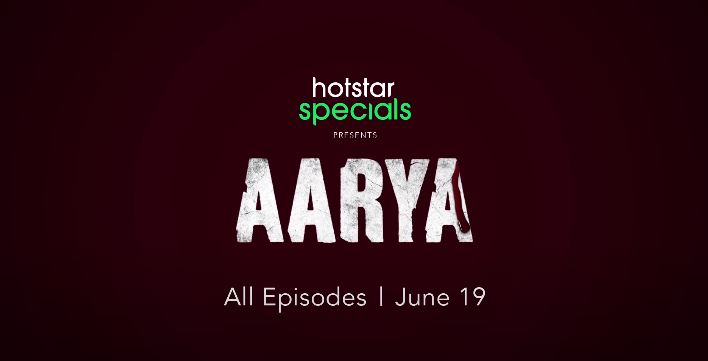 Directed by Ram Madhvani, Aarya is his maiden web series that shows you how life can take a dangerous twist when you try to make a quick buck.

With an imperilled Sushmita Sen at its centre suspended upside down from gymnastics rings in the opening shot, it perfectly sets the tone for the nine-episode series. This enigmatic image of Aarya (Sushmita Sen) contradicts our expectations and ushers us into a normal household morning routine. This cleverly gives you a glimpse of how she has the capability to shift from a homemaker to a badass with underlying capabilities, with a lot of focus and strength required for the body and mind.

The series is a big comeback of Sen and heavily depends on her capabilities to slip into different roles maintaining her credibility— a grieving wife, scared and confident mother, best friend, a caring sister, diplomatic daughter, drug dealer, businesswoman and keeper of many secrets.

Sen’s ability to transition smoothly in all these roles, is one of the biggest strengths of the show. Set in affluent and modern Jaipur, the central drama lies in Aarya’s refusal to be a part of the big family business.

Chandrachur Singh as Tej, plays a music-loving husband who is too soft for this world. Ankur Bhatia is outstanding as the hot-headed brother Sangram, who thinks he can handle anything. Sikandar Kher plays the character of a quiet enforcer. Vikas Kumar as ACP Khan has a tricky role, you could call it a problematic character—a homosexual Muslim cop—till we realize that we judged him too soon. The three kids too played a good role.

The series also explores the finer relationship details like the murder of Aarya’s husband Tej Sareen (Chandrachur Singh). Though stretched in some parts, the story remains on track. It is an easy to follow story that builds your curiosity at the end of each of its 9 episodes.

The series suggests that love and loss coexist in everyone’s life, each reinforcing and lending meaning to the other.

Images taken from Screenshots of the Web Series