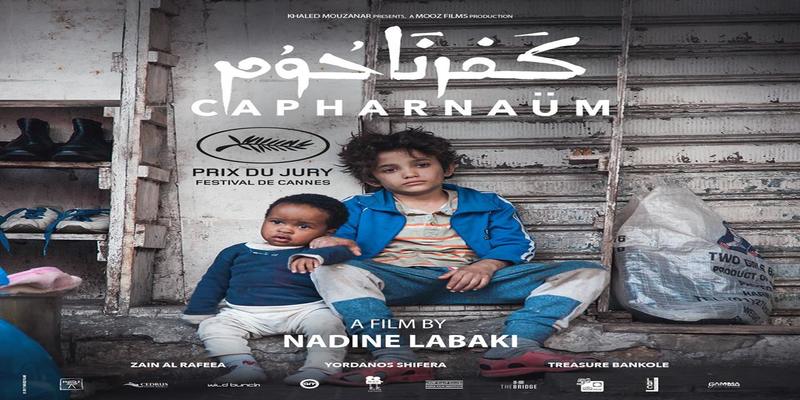 Nadine Labaki’s films always guarantee unforgettable cinematic experience. Almost all of her films portray problems relating to the legacies of long periods of conflict in Lebanon and in the Arab world at large, the position of women and the sectarian/communal divisions between Christians and Muslims. Through her films, Nadine Labaki always tries to bridge the divide between the Arab World and the Western World. So far, she has done this with impeccable artistic credibility.

Her latest film, Capernaum, differently, caught my attention. This visceral cinematic piece portrays a series of social problems involving children from the peripheries of Lebanon, very similar to the situation faced in Brazil today. The story of the film is very similar to the Brazilian film “City of God” released in 2002, especially when addressing the drama of poor families living on the margins of society.

The film features very shocking scenes that include, children working since early age, speaking and abusing in adult language, smoking, and helping parents in drug trafficking. The same dilemmas that occur in Brazil, but with some critical aspects of the culture\traditions of the Middle East.

The protagonist of this film, Zain, is a 12-year-old boy, who comes from a family of many siblings because his father had to prove his virility to the society. Although the large family does not have basic conditions for survival and lives on drug trafficking. The film shows many children huddled in a small rented room whose owner, an adult man, is interested in one of the girls of only 11 years old. About to be evicted for non-payment, the parents offer their daughter, who has just attained puberty, for the owner. A fact that will, later, cause the girl’s death after a premature pregnancy.

Capernaum movie is permeated with common dilemmas, accompanied with some cultural details of the region it is set in. But without seeming stereotyped. It’s a beautiful, honest, and important film on the socio-economic conditions of Lebanon by Nadine Labaki. The movie has been generally praised by the people and critics alike all around the globe and received many awards and accolades. Capernaum movie gets 9/10 from me.