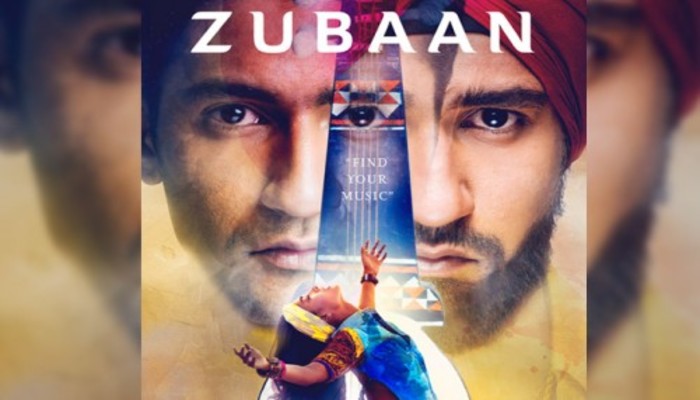 If you are wondering how we missed Zubaan (2015), it’s because Vicky Kaushal has only now raised the bar after his recent releases.

Vicky as Dilsher, the intense character leaves you wondering at the passion with which he chases the brilliant Manish Choudhary, the Lion of Gurdaspur, Gurucharan whose secret to becoming a successful businessman is sadly by marrying the rich man’s pregnant daughter.

Playing hockey on the lawns of a beautiful house, drugs & music, a starry night in the desert in memory of a brother who ODed does not help the movie fly. Nor does Sarah Jane Dias brushing off Raghav Chanana’s, as Surya Kapoor’s advances.

A father giving even his name and position to another young man just to plot and demean his heir is a little far fetched.

The touching and soul stirring moments revolve around young Dilsher whose dad sings at the gurudwara but loses his hearing which leads to a traumatic end and leaves an aversion to music and a stammer for little Dilsher. The kirtans and Ek Onkar Satnam are the only songs of the 14 song musical you will recollect.