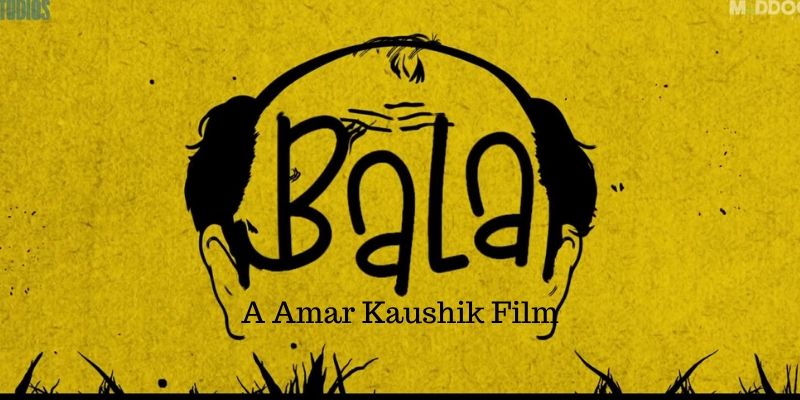 Why do we need to change? Why should we change?

What Bala is all about?

Set in Kanpur and Lucknow, the film tells the story of Balmukund Shukla aka Bala who is facing an identity crisis (in his own words). Bala has become bald at a young age that has dented his confidence. He is not ready to accept this truth and blames it on his father and genes. Fortunately for him, a model (Tiktok sensation of Lucknow) falls in love with him. But for her, looks are everything especially hair. Oblivious to his baldness, Pari proposes for marriage. Will Bala tell her his secret or he will cheat on her? This forms the crux of Bala’s plot. Other than baldness the movie also portrays the issue of color bias in our country especially in the case of girls. Overall, it’s a great movie that honestly shows the ugly and very true side of body shaming in Indian society.

Balmukund Shukla (Ayushmann Khurrana) is a naughty but talented school guy who does mimicry of Bollywood actors. He loves his hair and is a heartthrob in his school. Every now and then he humiliates his teacher for being bald and his neighbor Latika (Bhumi Pednekar) for being dark-skinned.

As they say, “what goes around comes around” , the same happens with our Bala. He has lost his beautiful hair and is now worried about his future because he doesn’t want the world to laugh at him. Something that he has been doing his entire life. Ironic, isn’t it?

He gets a wig from his father and finds his lost confidence (in hindsight we can say temporarily). With the help of his newly discovered lost identity, Bala tries to impress Pari Mishra (Yami Gautam) and succeeds. Soon they start dating each other. For me, it was a bit too early . I mean how can a well-established model be in love with a stranger in just a couple of days? It seems unrealistic but I forgive the makers for this flaw. What happens next? I am not going to give all the details as I have already revealed too much. But it is worth spending your time and money.

What’s good in the Movie?

Well, right from the direction to acting and cinematography to music the film nails it on every front. I loved the way all the characters have developed during the movie. Amar Kaushik has done full justice in portraying the deep-rooted mentality of body-shaming in India. The premise is very authentic and gives you a real feel of Kanpuri culture. All the nitty-gritty’s have been taken care of by the production team as well as artists. No character feels superficial. All of them have gravity and depth.

I would like to specially mention a scene where Pari realizes that her husband is bald, that piece of expressions on her face is priceless. It’s painful at the same time hilarious. Hats off to Yami Gautam for pulling it off wonderfully. Many other notable scenes will make you burst out with laughter throughout the film.

Last but not least, Bala effectively puts across the social message. The monologue at the end by Balmukund is impressive, practical, and heartwarming. I am also impressed by the fact that Amar Kaushik has effectively portrayed the color bias issue too in this film through the character of Latika. At no point, you feel that the two issues are going in opposite directions. However, they go with the flow of the movie and  get their due.

My Verdict and Rating of Bala

I have reiterated many times that I am a huge fan of Ayushmann, Yami, and Bhumi. But that doesn’t mean that I am biased. Joking! Of course, I am biased for them, as everyone is for those whom they love. However, Bala is a really good movie that you must watch in theaters. It’s a movie that you can watch more than once and enjoy every bit of it like it is the first time.

I am giving Bala 9 out of 10 for its wonderfully executed plot and an impressive climax, something that Ujda Chaman couldn’t achieve last week. Bala’s excellence lies in having layered characters, excellent performances, and never-ending subtle humor. Despite a couple of flaws, this film is worth watching and I am confident that it is going to be one of the Top 10 Bollywood Movies of 2019. Also from the Box Office point of view, Bala is a certified hit and has every reason to join the 100 crore club.

The World of Movies Rating 9/10