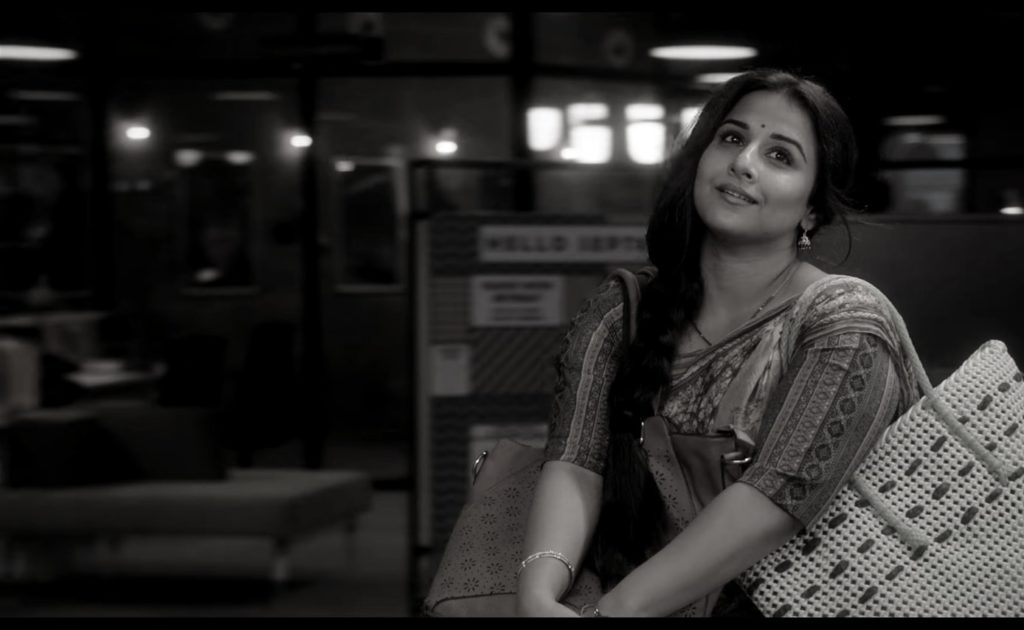 Tumhari Sulu, call it a movie, a radio show or a character, in every form it teaches us some lessons. Yes! after unleashing the absurd reality of cinema in the Dirty Picture, in “Tumhari Sulu” the versatile actress, Vidya Balan exhibits different familial and social roles, a woman plays in her life, every single day, and every single moment. A Higher Secondary failure, a youngest sibling among two banker sisters, a bubbly, friendly and caring wife and a typical Indian mother of an adolescent dreams to run a business or do a job.

Except writing a résumé and registering on the job portals, Sulu does everything to get a decent job. And, eventually she gets one. Sulu becomes an RJ and gets popularity as “Tumhari Sulu”. And then… The real story begins which throws light on some unanswered questions, unsaid rules and unwanted situations of everyone’s life (not specifically a woman) and ends with a few lessons to learn from.

1. It’s never too late to start –
A failure in Higher Secondary School exams, wife to an ordinary clerk, living in a 1 BHK house could have believed that whatever she got will shape her future and all she could do is manage her house and children. But, she had dreams, tiny dreams where she has an identity outside her house and also a very wide scope where she can contribute with her passion, skills and hard work. An Indian woman in her thirties plans to have a decent respectable job, a promising career and an independent life. This shows the possible reality which seems impossible without any action. Sulu’s character is indeed an inspiration for those women who hold a secret wish and don’t act on it because they think, the appropriate time for them has passed, and the time remains after finishing all the chores isn’t enough to work for building career. Tumhari Sulu shows the possibility, all it needs is a proactive first move.

2. Lust and love –
If you have watched the movie, you must have remembered the scene when an old widower calls to radio station to talk to Sulu. He mentions, Sulu reminds him of his wife who has passed away. That one night, Sulu was the reason behind his smiles and happiness. What will you call that act of him, love or lust? The heart touching scene explains the difference quite clearly.

3. You stand for yourself, when your family approves societal rules –
The members in a family are committed with each other with unsaid promises to hold hands in difficult situation, but the irony is, sometimes they are the one, who does not hold you to offer support but pull you back when you need them the most. That mustn’t be a reason to abandon your dreams. Stay motivated by thinking about the beginning and about the better and stronger reason for why did you start everything. Start is justified when it has an end; if it is left on the mid-way, it loses its significance.

This way, Tumhari Sulu, the entertaining chick flick ends up teaching for an entertaining life that one, specially a woman can lead.