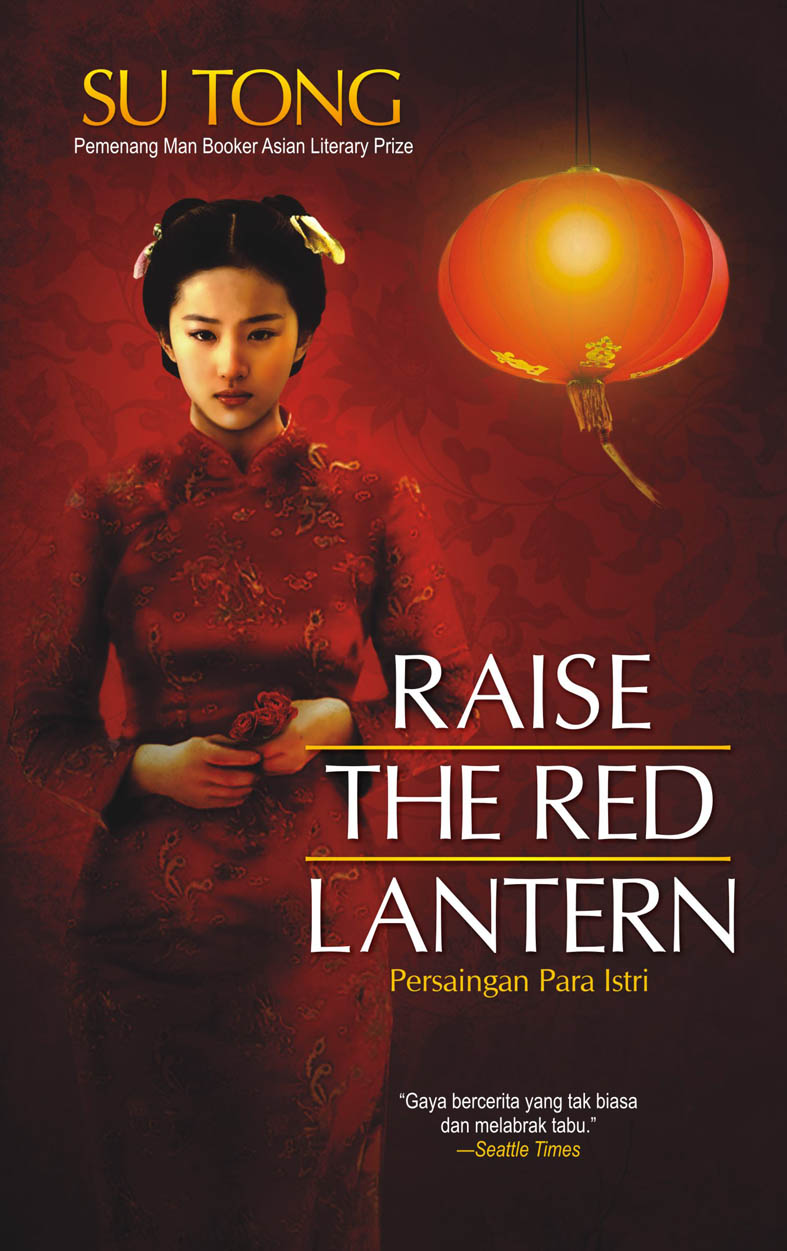 This is a movie about the sexual enslavement of women in a feudal system in China. It is about four mistresses living together. Their master lives in the central house and each of the four mistresses has a house of her own opening onto a central courtyard. The family is guarded by strict family customs and rules laid by the ancestors. According to the customs, red lanterns are lit in the quarter of the mistress with whom the master decides to spend the night.

This huge house is made up of high stone and brick walls and covers a massive area. It is a movie speaking about the almost inhuman male dominance in the society and the defiant Songlian (Gong Li) who marries into this house as the 4th mistress. Once a woman is married into this rich family, she cannot escape- come what may. Three mistresses are already living, sharing a very uneasy relationship with each other. The entry of the 4th mistress Songlian fuels this heated atmosphere and adds to the rivalries. The house overflows with luxury which is available to the mistresses (concubines-a woman cohabits with a man to whom she is not legally married, especially one regarded as socially or sexually subservient; mistress) but none has true freedom. Well, whats the use of a bath tub with candles and perfumes in a prison?

It is story of complete enslavement of women by their master under the effect of which the mistresses change their behaviour. The first mistress is old and has an adult son. She is the more experienced.  The 2nd mistress, Zhuoya (who first appears to be very friendly and helping nature) and has a son. The 3rd mistress, Meishan used to be a good opera singer. She is young, beautiful and filled with jealouy. The 4th mistress , Songlian, the lead actress in the movie drops out of college after her father’s death and marries this rich master, succumbing to the pressure from her stepmother. There is a teenage servant, Yaner, who is the master’s favourite and aspires to be a mistress herself…someday.

Everybody in the family along with the servants mindlessly adhere to the family customs. It is clear that they do so, not out of will but due to the force of tradition and culture. A very good depiction of millions around the world, who never question our value system and customs and verify their correctness. What stops us from evolving? We are almost blinded by them.

The mistresses are not really happy and their whole existence revolves around- whom will the master favour. That’s their sole sense of achievement. And exactly this competition is what changes them at times to show their worst face. (Competition brings out the best and sometimes the worst out of people.)

Songlian soon learns that she is trapped behind the closed doors of the palatial house and those who seemed friendly are in fact plotting against her. This frustration of not being able to experience freedom along with the fierce competition to be the master’s favourite alters her behaviour in such a way that their personal dynamics changes into war.

The cinematography of the movie is beautiful with the ‘reds’ of the lit lanterns forming a lovely contrast against the grays and the blues of the palatial house. But there is something sinister about  this redness. The deep reds evoke a feeling of danger telling us that all is not well in the house and add a passion to the whole drama. The ‘reds’ also express the fiercely burning passion, ugliness and jealousy in the minds and hearts of the mistresses.

All the drama takes place within the closed spaces of the tall, strong walls (there are some scenes in the open on the terrace of the house and they are beautifully pictured) . As a viewer at times you feel claustrophobic, gasping for fresh air. This is exactly how the mistresses feel in their own house which seems more like a big prison which they can free themselves from. The instrumental background score played while the lanterns are carried from one place to other is particularly befitting a thriller. This whole effect beautifully adds to the phobia and restlessness. The choir singing in high pitch is interimly used as background music and is very melancholy and haunting. It is beautifully crafted film.

The mistresses have to please their masters in bed and have to produce babies, especially a son to be an heir to the family. As the concubines express their reality of they being just animals and not human in the patriarchal society makes us sad and we get totally absorbed in their pathetic sate of existence. (Songlian ends up insane as she is unable to fight the inhumanity and is haunted by the guilt of her actions.)

The movie is about anarchy in a male dominated society and the results of it. But much more than that the movie has successfully initiated an argument in the superbly made 2hrs drama – We humans are always looking for dominance over each other. This chase of wanting to be on the top at times makes us lose our sense of well being and fairness. The four women knew they cannot escape. They could have come together to help each other and then may be they would have experienced a slightly happier life.  But they chose to fight with each other(wrong choice) to vent out their frustrations and for dominance and power. I completely understand the frustrations of a woman living in a male dominated society. I have been there. And some might feel that expecting the four women to co-operate is probably asking for something superhuman. But I still feel they could have handled it better. Its only in terms of crisis and severe pressure that we human are capable of coming out with our best and to rise above trivials. The mistresses could have empathized but they chose to criticize.  The film awesomely expresses that the whole helplessness of the human race of not being able to overcome jealously for a common good leads to tragic consequences for all. And after all that plotting against each other, does anybody really win? No…the anarchy continues. The 5th mistress arrives in the palace and the vicious circle moves on.

When there is too much ‘ME’, we not only lose the ‘WE’ but also destroy the ‘ME’.