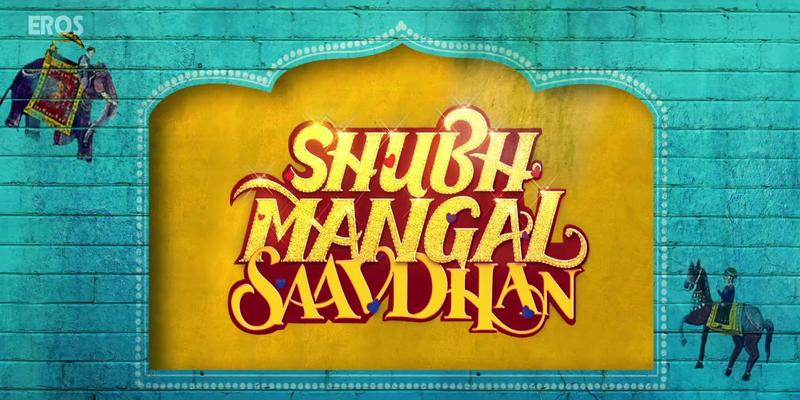 What The Movie Is All About?

Shubh Mangal Saavdhan is a comedy-drama movie based on a funny but very sensitive topic of ‘erectile dysfunction’, which is widely considered a taboo topic in India. The good thing about this movie is the fact that it has dealt with this topic in a very light and comic way. Unfortunately, this is also the only flaw in this movie. You never get to understand or feel the severity of this ultra-sensitive issue. The movie fails to deliver any strong social message to the audience unlike the on-screen couple’s 2015 movie Dum Laga Ke Haisha.

Before watching this film, I had a feeling that it should have a good message for the audience, of course alongside lots of laughter. But it was not there in any concrete form. Also, the way this sensitive topic has been dealt with is not at all convincing. By the end of the movie’s fairly long 140 minutes run-time, you fail to make sense of it. On many occasions, you will feel that just for the sake of comedy even serious scenes have been turned into a laughing stock.

Mudit (Ayushmann Khurrana) is following a girl for over a month to talk to her. When the golden opportunity comes, he finally tries to talk to her. But destiny has some other plans for Mudit. In an unfortunate accident, he is attacked by a bear. After this incident, he turns to online matrimony services and sends a marriage proposal for the same girl named Sugandha (Bhumi Pednekar).

Within a few days, they get engaged and one night when they are alone, Mudit finds out that he has some male problem. He reluctantly tells Sugandha and she asks him to find a solution for it before they married. As the marriage day comes closer, a dilemma develops between the two, thus overshadowing their love for each other. Will they get married? Will Mudit ever be able to do it? Or The couple will get separated? The answer to all these questions incorporates much of the plot and an eventful climax of Shubh Mangal Saavdhan.

Direction, Acting, and Other Aspects of the Movie

From a technical perspective, the film is a wonderful piece of great cinematography and screenplay. However, the music doesn’t make much impact. The songs are just average, and the background score too is mediocre for my liking.

The highlight of Shubh Mangal Saavdhan is the realistic performance of the entire cast. Ayushmann Khurrana has once again proved convincing in portraying his character as a Delhi guy. Bhumi Pednekar is expressive in the role of a middle-class Delhi girl. The other notable performances came from Anshul Chauhan as Ginni (Bhumi’s BFF) as she tries to solve Bhumi’s every little to big problems in a confident, sincere, and yet funny ways. Last but not the least, Seema Bhargava as Vimla (Bhumi’s mother) is phenomenally comic in her role. You will burst out with laughter in the scene where she tries to teach her daughter about life’s secret with an example of ‘Ali Baba and the 40 Thieves Story’.

Verdict and Rating of the Movie

In my opinion, the movie deserves an 8 out of 10. Despite a great script, its average execution, and an unfulfilled climax, Shubh Mangal Savdhaan is a good one-time watch movie. It is a great 2-hour comic ride, however, it lacks the quality of Vicky Donor and Dum Laga Ke Haisha, in terms of content and execution. I would recommend watching it on a lazy weekend afternoon or on a weeknight after a tough working day. Believe me, you won’t be disappointed.