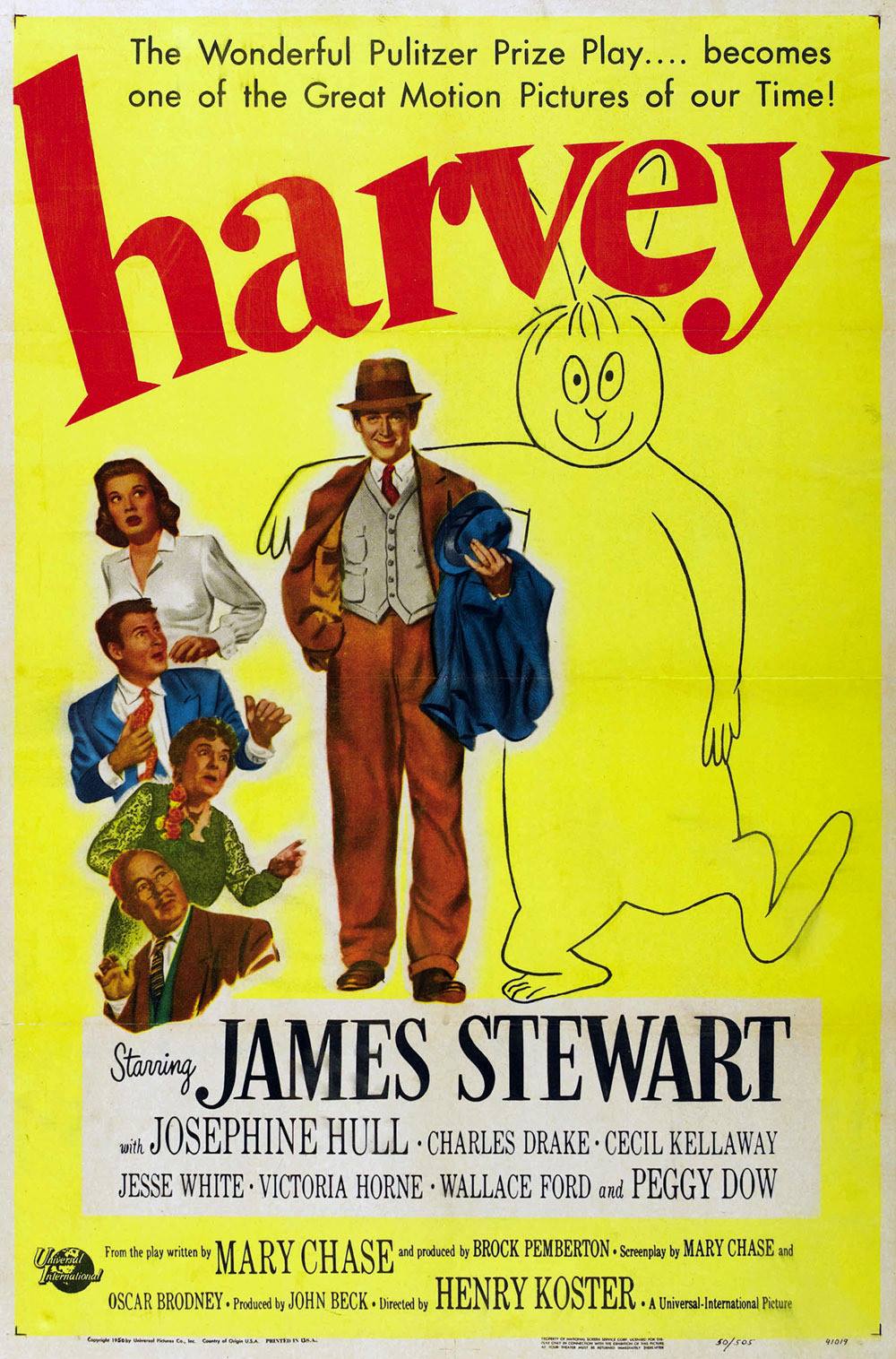 HARVEY is a 1950 comedy-drama movie in which Elwood P. Dowd (James Stewart)has a very good imaginary friend: an invisible giant rabbit called indeed, Harvey. He is in reality, a pooka, a benign creature derived from the Celtic Mythology which can bring either good or bad fortune. All the family is really worried about Elwood, they are so ashamed when he starts talking alone to this mysterious creature in front of other persons. His family will try to figure out if this situation is a consequence of drinking alcohol or simply, a mental illness such as schizophrenia.

Elwood’s sister, Veta, after so many years of dealing with this situation, starts watching the rabbit too. Additionally, Harvey has the ability to stop clocks, so every person who can see him cannot lose any single minute of his precious time. As Elwood often quotes: “For years I had to decide on being either smart or pleasant and I recommend being pleasant.”

What Makes Harvey A Good Movie To Watch?

Harvey is an exquisite piece of classical English comedy of the 20th century which transports us to amazing psychological games in which you don’t know if Elwood is just playing, pretending or really he’s insane. The fundamentals of valuable human company acquire a new, nice, and qualified perspective since Harvey is used to avoid unpleasant topics or required explanations that will serve Elwood to make himself understood easier and in good dialectics.

Common people are surprised of the high-degree of thoughts he could elaborate in company of Harvey: together, such as in a Platonic cave, the couple will fly with the golden wings of thought to the highest mountains and hills of human understanding probing the limits of what is imaginable, everything in an environment of comedy farces, intrigues and confusions which sometimes materialize as if the giant pooka really exists and could taste as a delightful joke … or as the deepest drama!

You can enjoy the full Harvey Movie Below:

NOTE: The images are taken from various sources and The World of Movies holds no copyrights claim for any of the pictures on this page.