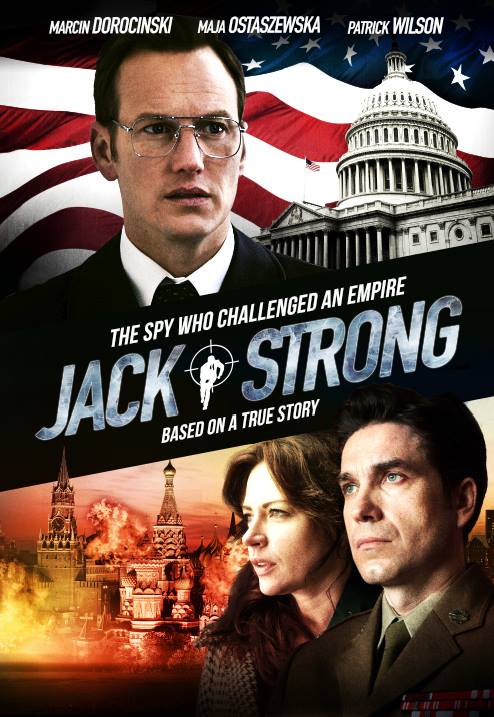 The film narrates the thrilling true story of a spy, Colonel Ryszard Kuklinski (Marcin Dorocinski), who had access to top level secrets of the Polish communist government (of the Cold War era). It explains us the incredible maneuvers which the Warsaw Pact had to follow in order to accomplish its goals.

Kuklinski, known as “Jack Strong” is an informant of the CIA, from achieving the complete dismantling of nuclear plans from the Soviet forces, to warning the elements of “Solidarność” of eventual apprehension warrants. Jack Strong will make everything to save his family from the dangers which are all around his activities: copying plans, false performances in office, psywar, manipulation of documents, etc.

Is he the most intelligent Polish around or will be just a fool? The moment of escaping and getting the green light out of the communist territories may not be as easy as Jack plans. Could he be capable of guaranteeing the safety of his own family in the middle of a terrain where so big interests collide? This is something that you must explore yourself.

This film is without doubt, a royal jewel of Polish cinema. The level of action and suspense exceeds your expectations. The movie, with extraordinary performances keeps you at the edge of the couch. The story makes you understand the fine limits between diplomacy, espionage and defense; it makes you realize and ponder about all the amazing architecture of covered operations that were planned during the Cold War era and the heroes behind them.

Is this just a story of betrayal or an epic tale of what patriotism can achieve? Whoever searches, finds and whoever plays with fire could be burned or find his cross. Great film, I am giving it 9.5/10 for its great narrative, excellent acting, thrilling background score, and brilliant direction and screenplay. Without any doubt I can easily say that Jack Strong is among one of the best Polish movies of the current era.

Bottom-line: Jack Strong is a remarkable film that offers pure pound-for-pound thrill, suspense throughout its running and delivers on its promise!