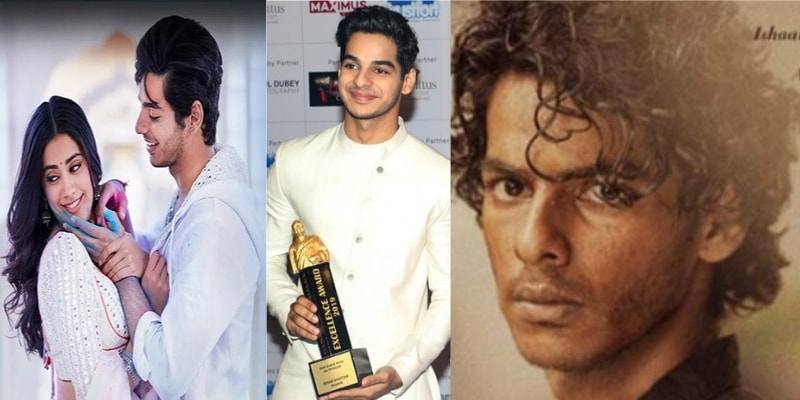 Articles, Bollywood, The Star of The Week

Ishaan Khattar Wins His First Filmfare: Facts About The Heartthrob

He came, he acted, and he conquered the audience! This is how I would describe the latest Bollywood heartthrob, Ishaan Khattar. From getting inclined towards dance at a very young age to acting in what is said to be the most romantic movie of 2018 – Dhadak, Ishaan Khattar is not just another new face in Bollywood. With the movie being available on ZEE5, fans can catch Dhadak full movie as many times as they want. But coming back to Ishaan, there is a lot to admire in the young actor and that’s exactly why I shall be focusing on his life and career in this article.

Ishaan Khattar, son of Rajesh Khattar (Actor) and Neelima Azeem (TV Actress), was born on 1st November 1995 in the city of dreams–Mumbai. He is the half-brother of famous Bollywood actor Shahid Kapoor. Ishaan did his schooling from Billabong High International School and completed his graduation from RIMS International School and Junior College, Mumbai. He made his on-screen debut with his elder brother in a 2005 family drama comedy film, ‘Vaah! Life Ho Toh Aisi!’ at the age of 10. However, for the next 10-12 years, he didn’t feature in any movie and made his debut as a hero in 2017, by starring in legendary Iranian Director, Majid Majidi’s first-ever Hindi language film-Beyond the Clouds.

As like his brother, Ishaan too had great interest towards dancing since childhood, hence he joined the National Award winning Choreographer, Shiamak Davar’s dance academy. Since his early college days, Ishaan worked as an Assistant Director for a few projects including the critically acclaimed ‘Udta Punjab’ (2016); he also did a cameo in it. Ishaan shares a great bond with Shahid and his sister-in-law Mira Rajput. Personally, he is a social media addict, is quite active on all major social networking sites.

There aren’t many actors around, who have won India’s biggest award–Filmfare Award–for their debut performance. This shows what’s to follow for the young, energetic, confident Ishaan. The Dhadak actor showed humbleness upon receiving the Black Lady for the first time in life by straightforward dedicating it to his producers and director. Earlier this year, Ishaan won another prestigious Indian film award in the form of Zee Cine Award for Best Male Debut in Dhadak and Beyond the Clouds.

1. Beyond the Clouds: The film was the first Indian venture of Oscar-nominated filmmaker Majid Majidi in which Ishaan played a small-time drug peddler, ‘Amir’. Beyond the Clouds centers around brother-sister love, bond, and human relationship in general. It tells the story of two siblings, who face immense difficulty in making their ends meet in the metropolis of Mumbai after losing their parents. Under unbearable circumstances, the brother becomes a drug dealer while the sister is forced into prostitution. To know more on Ishaan Khattar and his experience on working with Majid Majidi, click here. Audience and critics loved Ishaan’s mature, stupendous performance in the movie. Eventually, the movie earned him his first Filmfare Award too.

2. Dhadak: The movie tells the story of Madhukar, a 20-year-old boy whose father is a middle-class lakeside restaurant owner in the picturesque city of Udaipur. Madhukar fell in love with Parthavi, but the hurdle comes in the form of a huge difference in their social status. To avoid difficulties, they decide to elope while the girl’s family chase them. It’s a remake of the Marathi blockbuster ‘Sairat’. Shashank Khaitan left no stone unturned while making a sincere and honest tribute to Sairat. Ishaan Khattar’s performance in the film was quite remarkable and received accolades all over. Many people praised Dhadak as a film which touches everyone’s heart and gives an important social message.

In the end, I can say that after making a successful debut, one thing is clear that Ishaan is here to stay. The innocent face actor has everything in him to make it big in the B-town. I am sure that in the coming future, we will see more of him in various challenging roles.

Note: By the time of publishing of this article, Dhadak stars Janhvi and Ishaan have won the prestigious Dadasaheb Phalke Excellence award at the ceremony, held in Mumbai recently. More to come on that.

One thought on “Ishaan Khattar Wins His First Filmfare: Facts About The Heartthrob”