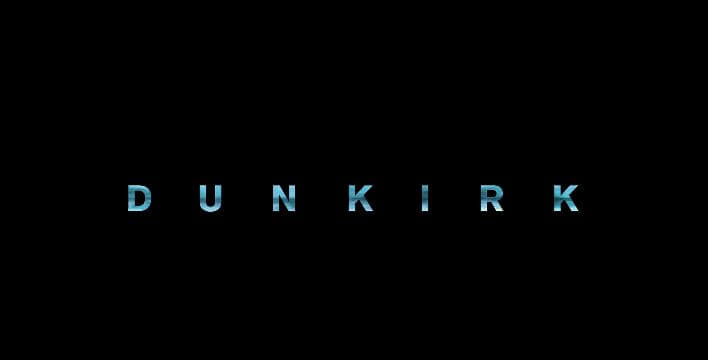 Christopher Nolan’s much awaited movie-about the evacuation of the Allied troop soldiers from a French town called Dunkirk, occupied by the Nazi Germany. Though only a few miles away from the British soil, these soldiers face a fierce opposition from high tidal waves and aerial attacks and land into an almost impossible situation of seeing home again.

The battle and the subsequent evacuation in Dunkirk is well known in history for the much debatable notorious “Halt Order”, from Adolf Hitler on May 24th. German Army forces had marched along the coast and were all set to take on a massive number of British and French troops who were trapped along the coastal line of Dunkirk.

The Halt Order is an order issued by Adolf Hitler and his generals to stop the advancements of the German Army forces as they thought that their specialist air carrier, the Luftwaffe can take on the British and the French air forces , thus reducing the loss they would incur if the armed forces engage in the battle.

The plan backfired when the Luftwaffe proved completely inefficient and could neither stop the British destroyers or the fishing boats which assisted in carrying the British Expeditionary Force back to London. The stay order remained for 2 days when the armed forces watched the evacuation helplessly and saw their air carriers failing miserably to stop the course of action.

To start with, this is a Christopher Nolan movie and as any other movie, proves its loyalty more to the director than anybody else including the cast.

War movies are usually taken factually and one scene leads to another as the battle intensifies. But Nolan uses his creativity so beautifully that he divides the movie into three parallel viewpoints, The Mule, the Air and the Sea.

The Mule : This track is centered around a British soldier, Tommy, Fionn Whitehead, who joins thousands of British troops who are stuck at the coastal line waiting to be evacuated and board the Naval ships to London. He befriends a fellow soldier Gibson who was burying a body. They try to board a naval ship in the pretext of carrying a wounded man by stretcher but their plan foils. The ship is bombed and they are still at the shore waiting for the next ship.

The Sea: Follows a track of a civilian and his two sons, who take their leisure boat across the sea in a bid to help the evacuation.

The Air: Focuses on the spitfire pilots who take on the Luftwaffe who intend to bomb the rescue ships which are sent across the sea to evacuate the troops.

One story weaves into another, and Nolan deftly depicts the same moment from all the three different viewpoints.

Technical Brilliance And Other Accolades

A Christopher Nolan movie is expected to be nothing short of extraordinary. And the movie delivers in all scores. Most of the scenes are backed with brilliant cinematography and exceptional music. The star cast and crew, despite limited dialogue have done a fabulous job. As the movie reaches the climax, tying the three threads together, Tommy goes back to London, the pilot Thomas Hardy succeeds in destroying the Luftwaffe and the civilian Mark Rylance gets company when hundreds of civilian boats dare to accompany him to ferry the troops.

The final scene when the train arrives in London and all the civilians cheer for the soldiers and the soldiers just say “We just survived”, is very heartwarming.

A brilliant war movie with a Christopher Nolan touch which sends out a very powerful message that for once in history it was not the soldiers but the civilians who won the war for Great Britain that day. Here is hoping that Nolan keeps making such exceptional movies and we as audience tell him, yet once again “Take a bow”!!