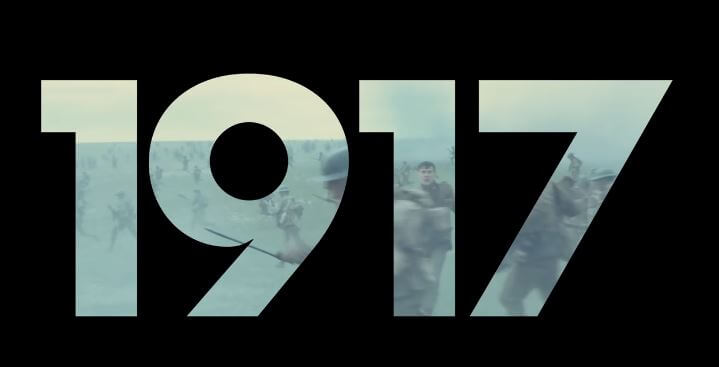 1917 is a British epic war film, which won accolades for its brilliant direction and cinematography. Beautifully shot, this film tells the story of two soldiers Blake and Schofield, who were sent as messengers from the trenches to the front-line to call off an imminent attack on the British which would put the lives of around 1,800 soldiers at stake.

Operation Alberich was the code name of the German military operation where Germans were given orders for strategic withdrawal to a more defendable Hindenburg Line. The English battalion saw this as an opportunity for victory and decided to march ahead to push the Germans further back. But they did not know that the German ambush was waiting for the British army to come fall into the trap.

The British trenches further behind get this intelligence information and send two soldiers to the Devonshire regiment, one of the soldiers being a brother of a Lieutenant in the second battalion.

Schofield and Blake first cross their own front-line and then enter the enemy territory to reach the base of the Devons, only to have a freak accident which almost claims the life of one of them. Seeing that the Devons have marched ahead, they continue tracking them and reach an abandoned farm house. There they encounter an aerial battle between two Allied aircraft and one German air carrier. The German plane is shot, and the two soldiers rescue the pilot. The pilot in turn stabs Blake which leads to his immediate death. Schofield continues his journey forward into the enemy territory.

He gets involved in a fight with a sniper, survives German bomb attacks, crosses a broken bridge, and eventually jumps into a river, which pushes him into a waterfall. Swept by the water, he finally arrives on the river bank. He succeeds in finding the Devons and passes on the message to the captain of the regiment, who reluctantly stops the attack.

It is a simple plot, a story of a messenger who encounters a lot of peril to deliver a message to save the lives of his fellow soldiers. But the strength of this movie lies in its cinematography and background score.

Sam Mendes has used his artistic brilliance to direct this movie so beautifully, that though one knows that it is a war movie, and most of the scenes are on the battlefield, filled with amputated body parts, mud trenches and ammunition, we cannot help noticing that even the goriest surroundings are aesthetically shot. The camera is the main narrator of this film; it moves effortlessly, but strongly narrates the story of the war with hard-hitting visuals.

The background score is hauntingly melodious and complements the screenplay very well. The actors have done a very fine job. George McKay carries the burden of the movie on his shoulders almost all alone. There are special appearances by Colin Firth and Benedict Cumberbatch to add to the star appeal.

War movies usually involve intense battle, they are action-packed with gunfights, fierce and brutal. But movies like 1917 and Dunkirk are one of a kind. They are shot with such creative brilliance that as an audience we cannot help but wonder “Can war movies be shot so beautifully?”

Do not miss Sam Mendes’ 1917! No surprise that it swept so many awards and nominations in the Academy awards and the Golden Globe.