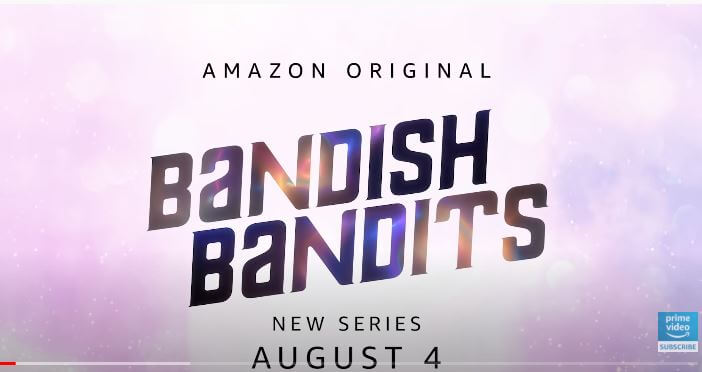 The crescendo builds up and how!

Shankar-Ehsan-Loy hold your all for 32 minutes times 10. Where classical Hindustani music meets Hindi pop or does it! This team has been known for their musicals in the Hindi films and with this their first web series they have brought us a gem! Pakhawaj, Sarangi and even a fusion instrument..Pop, Fusion, Folk, Classical!

Naseeruddin Shah, the Sangeet Samrat keeps all tightly strung, a musician so disciplined, skilled, with tantrums and more, while Atul Kulkarni, Sheeba Chaddha, Rajesh Telang and Amit Mistry bend bow and scrape for the upkeep of the tehzeeb of Guru, Ghar and Gharana.

Kunaal Roy Kapoor floors you with going the extra mile on modernity with his glib language.. definitely not child friendly!

Sensual Youtuber Tamanna (Shreya Chaudhry) evolves or rather metamorphs from a total city girl using slang phrases (and the F word) like the youth today into a true musician and chocolate hero Ritwick Bhowmik, with a tad extra make up takes Radhe out of his classical comfort zone to jamming, liplocks and next level role play to come a full circle to what’s truly shudh!

Where Trisha Choudhry shares royalty’s secrets, dark no more, Rahul Kumar as Kabir, the eternal Juggadu friend brings the streets of Jodhpur to us.

Rituraj Singh in a delightful role as Tamanna’s father and Meghana Malik as the chic mom fit in effortlessly with their Hinglish. Casting Director Dilip Shankar as HRH Rajaji in a beautiful role, not made fun of but obviously effeminate piques your curiosity!

The musical buildup from jarring notes and ridiculous lyrics seems a deliberate learning curve as the story forms and has been brilliantly directed and partly written by Arvind Tiwari. Every dialogue, every shot, every costume has been well thought of. Pandit Ajoy Chakrabarty, Shankar Mahadevan and the playback singers deserve a standing ovation!

It’s the final couple of episodes when the tempo builds up and you learn words like Avaran, Dhrut, Jod, alongwith the depths of a Gharana’s history in our music, the lengths to which a Guru goes and the extra mile a shishya will walk for blessings!

Finger to ear, please excuse any slip in the review.