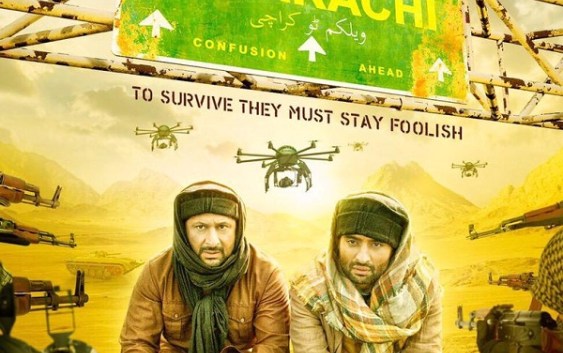 Before writing anything about the movie, I would love to emphasize the fact that it is a “Political Satire“. However, it may not be the best of “Political Satires” that we have seen till now. But, keeping in mind the films that have hit the screens this year so far, it is definitely one of the best till date. Now coming to the film, it can be said conspicuously that it is has a totally “illogical” story-line. But, as this is a comedy what else would you expect? The ending of Welcome To Karachi is really very “unsatisfying”. One would have been wondering actually what happened to “Shami and Kedar”? The visual effects of this movie are just “okay” there’s nothing to tell about it. The music is fine although not too great. The main “USP” of the movie is its cast. Be it Arshad Warsi, Jackky Bhagnani, Lauren Gottlieb, Adnan Shah, or Ayub Khoso. All the characters have played their role very well. Even, the small characters too have given awesome performance. Among the scenes that I like the most is the one that happened outside the Indian Consulate Office in Karachi. It may be an exaggerated scene with no reason and logic but, it conveys a very clear message in the form of “stupidity” that how today’s “International Relations” are going on. Every country is jealous of its rival and want to “eliminate” it. The move also sheds a light on “American” involvement on Pakistan’s land and how things are manipulated. The truth is not always what we see, it differs from person to person. I am happy to see that this movie doesn’t promote any “ultra nationalism” or “hatred”. The director has dealt well with a weak but, comic story-line. For me Arshad Warsi was the one who really carries the movie along on his shoulders. Arshad is well-known for his ‘comic” roles in Bollywood and once again he delivered it well in “Welcome To Karachi”.

My Rating of Welcome To Karachi:

I have rated the movie 9 out of 10 mainly because of its small but powerful punches of “dark political satire” and some awesome acting by the cast. With just over 2 hours this is a wonderful comedy film to relieve your mind of all the tensions you may have.

My Verdict of Welcome To Karachi:

If you like some “lighthearted” cinema that make no sense. But, gives you entertainment and lot’s of funny moments to laugh about then go for this. I bet you will not be disappointed. Just forget the “logic part” and enjoy the movie…! Anyways there’s very little logic in India and Pakistan relations!