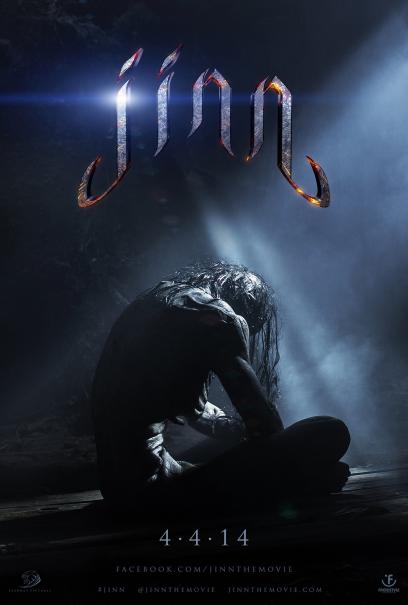 Well with all due respect to the director for his “novel” effort to introduce the concept of “Jinn” to the Western and European audience. In my view the “Jinn/Djinn” proved to be a very below par movie. The reason for this is that the story-line is really very weak and the plot too is really not interesting at all. The movie literally goes nowhere with the script. I also have reservations regarding if the concept of “Jinn” is really explained in a proper way or not. I am a Muslim by birth and I have not read or heard anywhere anything like this what is shown in the movie. Although, Jinns live with us in this world without letting us know about it, but there is nothing as such that there is a group of Jinns who wants to rule the world. So, as such there is a flaw in story-line anyways it’s a thriller cum horror movie so no one expects reality in it. But, still the director must have done a bit more research on this subject. Now coming on to the technical aspects of this movie. Besides, that this movie has a star cast who are not very famous it also lag “special effects”. The fighting scenes are really very poorly constructed and it don’t give a feel of a 21st century movie. From acting point of view too this movie doesn’t offer much to its audience. Dominic Rains is the lead character and he is really “pathetic” if not less. Serinda Swan is beautiful and that’s it…there’s nothing in her role too that can appeal you. Faran Tahir and Ray Park are looking as if they are “overacting”. The music/background score of the movie too is not so appealing. Overall, I am of the view that Mr. Ajmal Zaheer Ahmad needs to work a lot if he is “ever” thinking of making a sequel of this movie.

My Rating of Jinn Movie:

I have given 4 out of 10 to this Jinn movie mainly because I didn’t like any element of the movie. The plot, music, acting, special effects etc. all are below par from an average Hollywood flick. To be frank I had high hopes from this movie, but all I end up with is lots of disappointment.

My Verdict of Jinn Movie:

If you have nothing to see at home on a day only then see Jinn Movie that too without any expectations. There is every chance that you might stop seeing the film in the first hour itself. But if you really want to know about the “Jinns” then please read some authentic Islamic Sources they will give you a better picture than this movie.