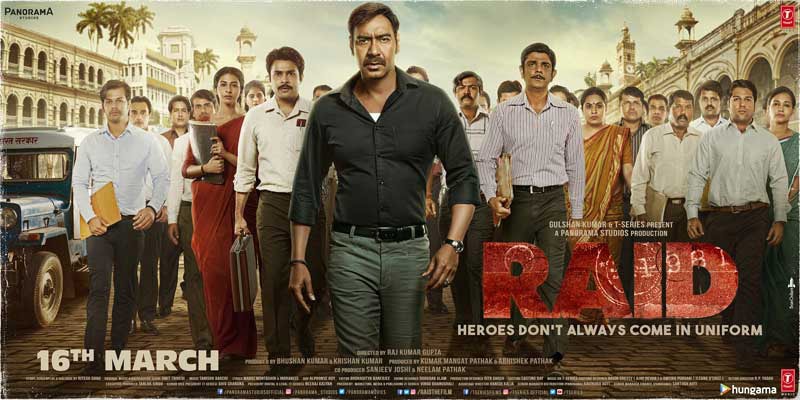 When two stalwarts come together, you get a power packed film. When the plot is original and based on real-life events, you get to watch realistic, off beat cinema. When it’s embellished with top quality performance from the entire supporting cast and crew, you get an award-winning film!!

Raid is a brilliant political thriller movie. The story is so gripping, the dialogues so crisp, the characters so real and the plot so interesting that you are on the edge until the end. It is a treat to watch Ajay Devgn and more so, Saurabh Shula. He is outstanding! Amma ji (played by Pushpa Joshi) is another character that’s really fun to watch.

Despite the intense story-line, Raid packs more than a few laughs, keeping the mood light and interesting-great work with the screenplay and dialogues here. There is hardly any loose end or stretch, so full points for the editing. The realistic sets have recreated early 1980s that add to the character of the film. The only thing that I would have changed are the 2 songs. I understand why they were included but feel that excluding them would have helped the film.

Overall a very entertaining and inspiring watch. I won’t be surprised if Raid movie wins a National Award. Also hats off to the real-life hero who conducted this raid in 1981. Love the movies based on actual events.