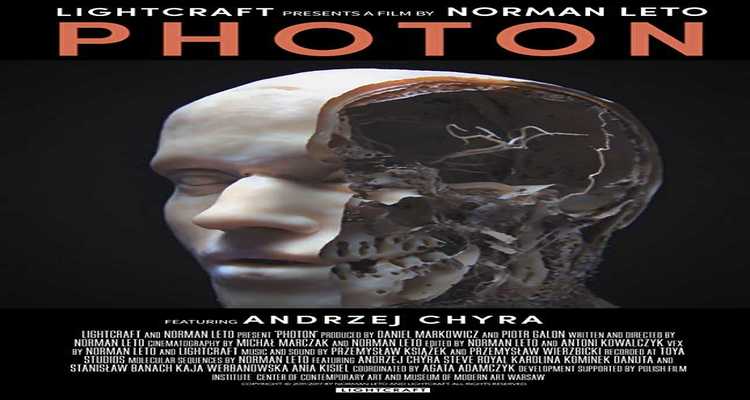 This very interesting Polish film starts with a single dot, a pixel, and develops a kind of history of matter, since the so-called “particle of God” existed, by its relation with the first photon. It has a wonderful overview of protons and neutrons and how they stick together and separate each other, and amazing images of electron movement around the nucleus. It explains with incredible molecular photography how the tension beneath the bodies occur while they come into contact. The film continues this sort of “history of matter”, explaining the chains of atoms in the prehistoric oceans and how living beings (without calling them as that) start to appear.

Then it explains some basic animal instincts as the sense of belonging and the necessity of religion and law in human beings (even showing with apes that “people in other continents don’t know the value of death”), through a mistaken only-biologist approach. The film acquires a new dimension while the scientist is interviewed in a very natural and human perspective, even showing some mistakes and anger in his behavior. The story continues showing, again with wonderful molecular photography, the marvels of neurobiology, neurophysics and neurochemistry.

It ends making a kind of prospective on how terrorists will have no sense to exist, how physical pain will diminish throughout the world and everything will be controlled by robots which can even make mind-backups, insinuating someday energy will beat matter, to realize in it’s final conclusion that in this just material absurdity, ignorance on behalf this scientific challenges is the best.

This 2017 movie has won, deservedly, several prizes across Copenhagen, Toronto, New York, Sydney, Moscow, London and all around Poland obviously. The molecular photography is really worth to watch the film, it’s wonderful balance and contrast of blue and red pixels in it’s neurological part can make your mind blow out of astonishment.

Nevertheless, in my particular opinion, it fails in explaining the whole universe only by biological means and discrediting since the beginning all religious and moral perspectives. Watch out and be cautious with the extreme and bloody scenes of feti in surgical tables! In someway, due to this extreme materialism and mechanism, Andrzej, the narrator, feels his will annihilated. In this line of ideas … what lack of faith can do! Even colors according to Norman do not really exist, since they are a subjective consideration of the brain and only the brain.

The movie is thus, seriously viced by a sterilized trascendence in the message it wants to give, ending by a full (and fool) skepticism, afraid and contempted of watching the broad and total perspective and more conformed or satisfied with a closer, specific and atomic image of a “History of Life”, in which if hope doesn’t have a place, it’s worth of a neurotic and suicidal patient in a mental institution.