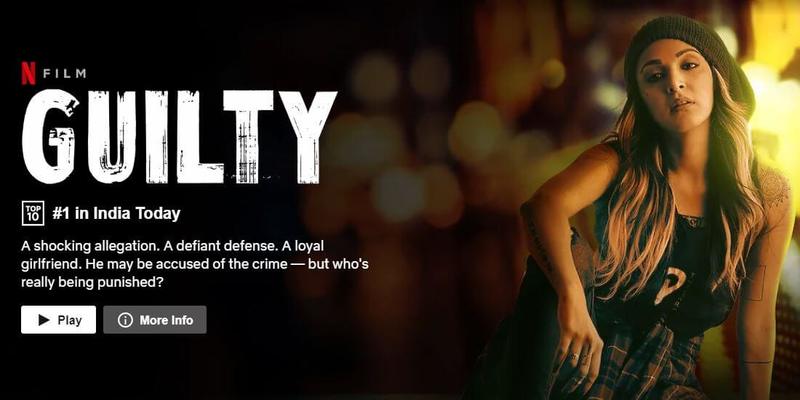 Reactions of college mates to a #Metoo hashtag tweet ranges from “she deserved it” to “she asked for it” and a smattering support from the union till a smart lawyer and smarter still girlfriend explode in the final 20 mins.

Privilege, a word we have complacently learnt to accept over the years is dramatically brought up repeatedly in the face of a crime in a college. Kafka, Faiz Ahmed Faiz and Virginia Woolfe have been quoted beautifully and to context.

The date line is a little confusing and needs attention, as the movie begins with recollection of events from a year ago and quickly snowballs to today. The intensity hasn’t been maintained but you remain vested.

Kiara Advani as Nanki is multi tattooed and dramatic.. sensitive, poetic yet bold enough to take the bull by the horns.

Akansha Ranjan Kapoor in her debut role as Tanu Kumar is as dramatic as sexy babes get. Chiselled for the role and needs mention in her impeccable delivery of a raunchy Shakespearean dialogue in Hindi.. Woooooo!

Taher Shabbir the suave intellectual lawyer, Danish is smooth and makes you want to be a criminal, hehe.

Gurfateh Pirzada, VJ is the good looking, popular badass hero and lead singer who everyone wants to hang out with.

The rest of the college kids and the tribe – Tashi, Hardy, KP and Senior artists all fit their roles perfectly.

The music and soundtrack is just what needs to be in a glam college story.

America in Delhi.. the Uni, Cafeteria, Dorms, Band, even a scene on the Basketball court. The foul language used, the clothes worn by the students, drug abuse shown are all in the superlative yet true and what’s really happening.. Perhaps not inside our colleges but still in the lives of Indian students. The actors, director, writer and cinematographer, the whole team of ‘Guilty’ has totally pulled it off. Take a bow, Folks!