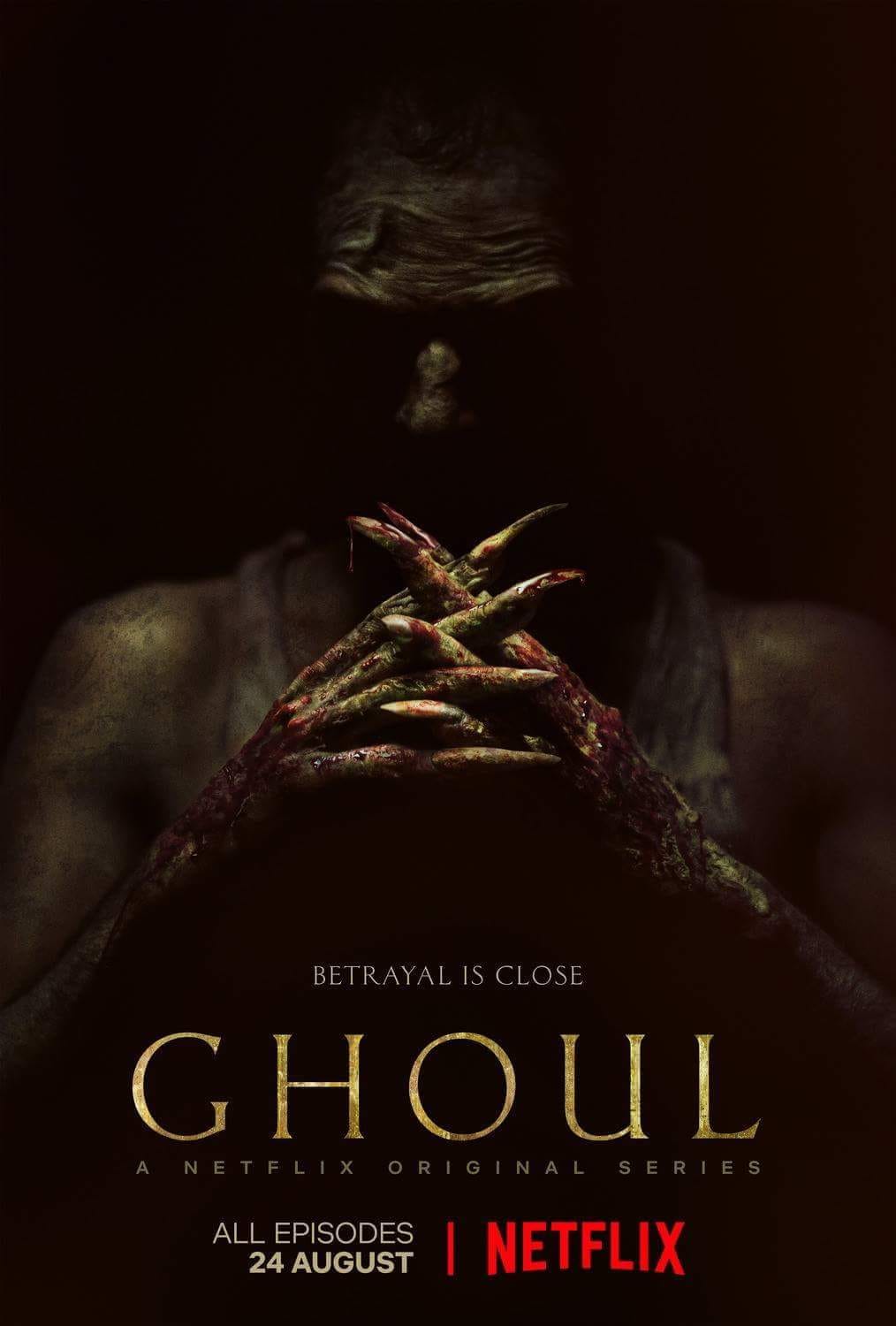 Ghoul is a landmark in TV series, especially being the second Netflix original from India. This has definitely set high standards for any other serial/series that follows, in the horror genre. Boldly blending Military, Terrorism, and Patriotism with the para normal that ends up convincing even the non believer in Ghouls.

Radhika Apte as a Military Interrogator has excelled herself, except for the accent which could have been fine tuned. Manav Kaul as the Colonel has proved his versatility yet again and has emoted beautifully. Ratnabali Bhattacharjee, the ruthless arrogant Major deserves applause. Mahesh Balraj in the title role is so good that you would rather not remember him at all.

The prison cells, costumes, music, as well as lighting complements the dread and trepidation well. The three episode mini series is just long enough to make you wish for the horrors to end before it gets predictable and repetitive. As symbols go, the symbol to call the Ghoul does seem a little weak though gory and drawn in blood as the folklore demands.

An expose of false patriotism taken to the next level like never before!

One thought on “Ghoul – Review”