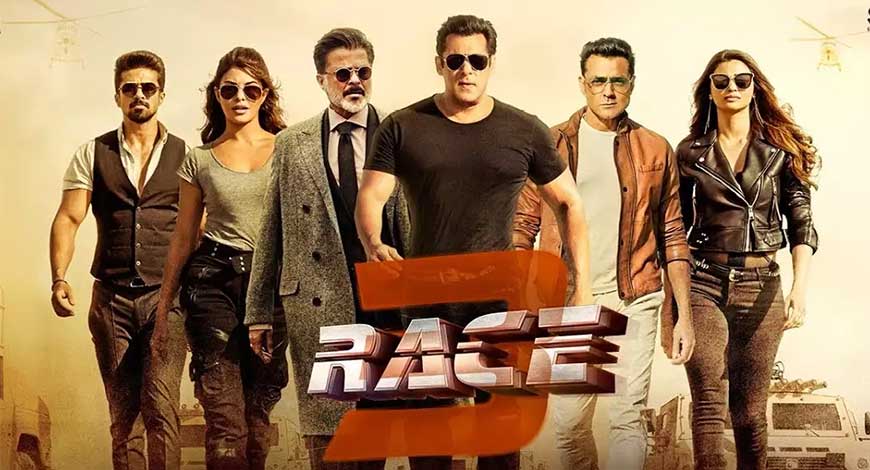 Edited.. This is my opinion with no offence to the fans or the millions of rupees put into this project. Also, the connection to the previous two movies (Race – 2008 & Race 2 – 2013) is only by name.

Race 3.. Looked for a good review and had to waste two & half hours to discover why I didn’t find one!

‘Ghisa Pita’ themes from many ‘bakwas’ movies rolled into this one! Family, backstabbing friends, heists, drugs, arms & the best locales couldn’t help this movie. None of the songs are worth even remembering to post here except for the third time over ‘Allah Duhai Heh’.

Both the female leads are glamorous and beautiful, but their clothes don’t seem to fit well. It’s like many designers tried and failed. Daisy Shah has a feisty role and gives Jacqueline Fernandez quite a ‘takkar’ until the horridly filmed scene a la womens WWE. Salman Khan’s Superman meets Batman costume doesn’t even elicit a ‘ooh’ as no state of the art digital effects have been applied to make the flying scenes seem real. Saqib Saleem deserves praise for holding his own with the stars.. Bobby Deol in his new buff avatar.. Anil Kapoor who just looks younger every time versus Salman Khan who seems to age faster than even the calender!

I salute anyone who has liked the movie if they can explain why though.