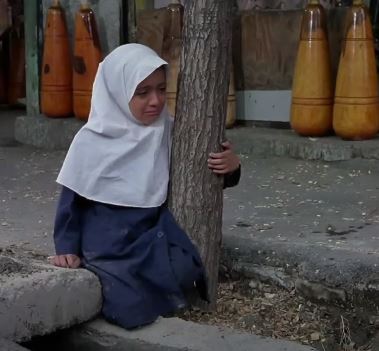 Children of Heaven came out in 1997 and was directed by the Iranian famed director Majid Majidi. Often recognized as one of the finest movies from Iranian cinema, Children of Heaven was the first Persian language film to be nominated for an Oscar. However, is it really as good as people say it is? Here’s my take on Children of Heaven.

The movie revolves around the lives of two siblings, Ali and Zehra who belong to a poor Iranian household. The plot kicks in when Ali loses Zehra’s shoes thus, forcing the two children to find new ones. You might think while reading the synopsis that I’m talking about a 15 to 30 mins short film available on YouTube however, the way that the plot pans out on screen is absolutely amazing and makes the film feel larger and even a bit more epic than what the synopsis reads. Much of that is due to the excellent screenplay and the performances by the child actors.

The screenplay elevates an otherwise ordinary plot. It has a perfect blend of realism along with fantastical and uplifting elements. There are parts of the movie where you’ll be on the verge of tears and there are moments where you’ll be full of joy. The screenplay also flows smoothly as unlike most movies, it’s hard to divide this movie up into three acts simply because of how seamlessly the two halves blend together. Most movies nowadays are either too realistic or too uplifting and dare I say “cheesy” and this movie could’ve easily fallen into any of the two categories however, it is a perfect blend of the two elements thanks to the screenplay.

Of course a screenplay doesn’t alone make a film worth watching and to complement the excellent screenplay, the movie contains what are perhaps the best performances from child actors that I have ever seen. The child actors are absolutely phenomenal and they are simply too good for their age. Mir Farrokh Hashemian who plays the role of Ali is a revelation. His performance is so natural, mature and realistic that it almost seems like he’s not acting at all, as if we’re seeing a clip from real life. This is a rare treat that we don’t often get to see from child actors (especially in Hollywood). Bahare Seddiqi is also really good as Zehra. Her performance also seemed pretty natural and true to life. The chemistry of the two children is also admirable and they make it seem like they’re actually real life siblings due to their strong acting. The child actors give life to an already astounding screenplay by their excellent performances.

Even though, the movie is a pretty simple slice of life flick, it leaves a huge impact on the audience. For me personally, it reminded me of how larger than life the minute and otherwise unimportant events of our life can be. That how we often go through our mundane everyday lives while forgetting how larger than life our lives really are. In other words, the movie makes you feel grateful and satisfied with life while also giving you a bittersweet taste.

In the end I’ll say that Children of Heaven is an absolute masterclass that lives up to its name. It’s one of those movies that everyone should watch at least once. While it isn’t a really epic movie or a movie that’ll blow your mind or anything, it is still a movie worth watching and worth enjoying. Is it one of the best Iranian movies out there? I can’t answer that as I haven’t seen many Iranian films however, what I can say is that it is a must watch for every cinephile out there.