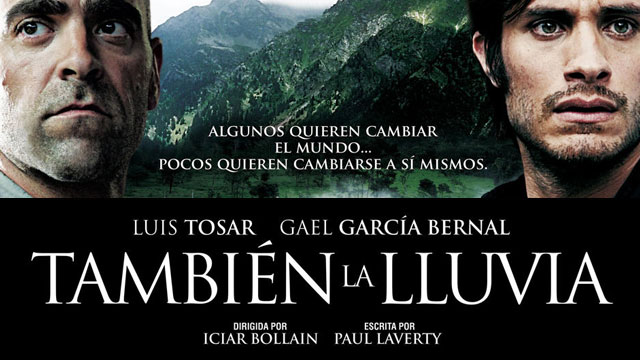 Movie: Even the Rain

Language: Spainsh, Quecha and some English

Even The Rain Movie Review:

A Spanish film director Sebastian (Gael García Bernal), his producer Costa (Luis Tosar) and the entire crew travels to a town called Cochabamba in Bolivia. They intend to shoot a film on the explorations of Christopher Columbus (who created European awareness of the continents of America), the greed of the Spanish monarchs that Columbus worked for and the grave injustice with which the Spanish treated the local Indians.

Sebastian is looking for the right ‘Indian’ faces to be casted in his films. When he arrives in Cochabamba with his crew, he sees long queues of people waiting to be auditioned. His first confrontation with locals sparks trouble. Danial, one of these locals is a defiant man and insists on get his daughter auditioned for the film. In the process Sebastian realises that Danial’s face has a lot of character and power required for the role of a character in the film. Irrespective of Costa’s argument that Daniel smells of trouble, Sebastian gives casts him. The shooting begins.

As the movie proceeds we gradually come to understand the minds of the other member and actors within the crew. The man playing Columbus has a bad family life and spends his nights drinking. The two men acting as priests in the film are very excited about their roles but we doubt how much can they really connect with the ethical and spiritual side of the characters they are playing. Sebastian’s intentions are very sincere and his innate humanity is intact. Costa on the other hand looks at using the local faces as actors at a dirt cheap price. It is here that the film initially hints at its core- how well can this ambitious crew relate or empathise with the problems of the locals. If their intention is to tell the world about how one set of people misused power to exploit the weaker set, then aren’t they supposed to be the upholders of fairness and justice in their own actions while making the film?

This city is facing major scarcity of water due to the privatisation of water supply by global economic giants. The Government and the police try to curb the protest of the people. The film draws a comparison between the storyline of Columbus and Spanish monarchy humiliating the Indians and the extension of the same phenomenon centuries later in this so called modern world. Locals are furious as they can’t even the use the rain water anymore. Hence the name- Even the rain. The ways of the modern, economy friendly world wats to own the rain too!! While the natives have hardly enough drinking water, the rest of the film crew is partying with wine and flamboyant dinners merrily talking about the film. This stark contrast insinuates us as a viewer to look at the lives of ours and others in terms of the ‘actions and the sincerity of purpose’. It asks us- How did art originate? Why are we making films, creating symphonies, writing books etc, etc.? What is the purpose behind it all? Where does all this lead us? If we were living in a utopian world, would soulful art still be relevant? Well i think the answer to this would be NO. We live in a world full of meanness, callousness, decay and rotting morals. Probably hence civilisation started investing so much into art of different sorts not just for aesthetic pleasure but more so because Art is a great leveller. It helps us retain our humanity and sense of goodness. Albert Camus once said- A guilty conscience needs to confess. A work of art is a confession.

I think, Art helps us reflect, introspect, question. It inspires. Well all this can only happen when the ones dealing with it are honest in their endeavours. And in my opinion, it is exactly this ideology that this film is trying to talk about. If the hearts of the director and the producer have dried out, how will they ever understand the significance of water in the lives of the locals they are trying to shoot with?

Daniel slowly gets heavily involved in the protests and gets beaten and locked up by the police. Sebastian and Costa are worried about their which cannot get completed without Daniel. Costa even tries to offer Daniel money to bait him into keeping away from the protest. And then we feel that here the Sebastian and Costa have misunderstood the whole purpose of making the film! The only question that remains are – Why are you doing, what you are doing?

I have also thought that it’s not just experience that makes you wise. It’s your own thinking about your experience that initiates the growth of wisdom. Two different people can have exactly the same experiences but their take away can be completely different. Here slowly Sebastian and Costa both understand the gravity of the situation. They try and empathise with the problems of the natives. And the film takes a beautiful and desirable change- of changing the minds of people to understand the world better. Costa goes on to help Daniel in his personal crises and offers him his friendship for a lifetime. Sebastian too gets drenched in the scenario trying to think in the right perspective, even if that means he has to sacrifice the film which is his dream project.

Even The Rain Movie Verdict:

Even The Rain is a very simple film. Nothing too intellectual on esoteric about it. No mind blowing camera angles….any gimmicks. And yet it is a lovely film. The effort is very sincere and the performances of the characters give justice to it. It rekindles in you that pain and passion for lost civilisations, for the real people and for humanity in general. The pace of the film is good and gripping. There isn’t a wasted moment. The battle for water does manage to nurture the sapling of courage and camaraderie in the minds of the affluent, for fellow humans. Daniel’s sincerity as a person and the circumstances does moisten the hearts that had dried out. Do watch the film……it will quench your thirst! 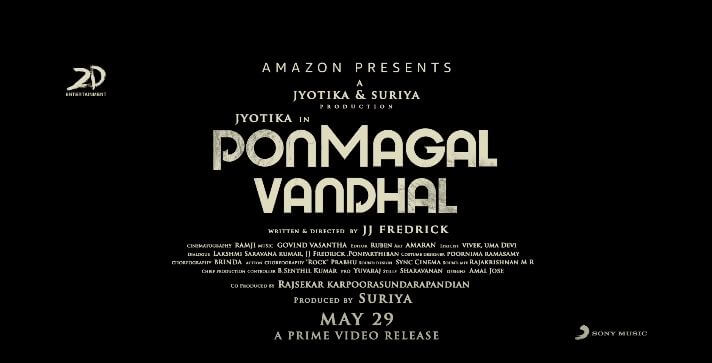