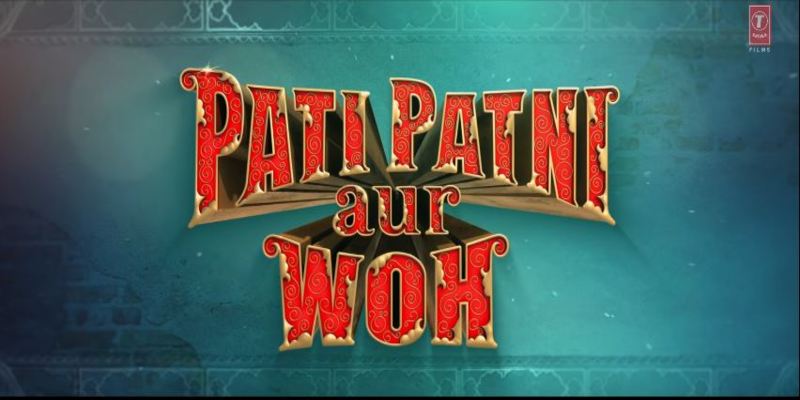 What  Pati Patni Aur Woh is all about?

The 2019 movie is a remake of the 1978 film, also titled Pati Patni Aur Woh starring Sanjeev Kumar, Vidya Sinha, and Ranjeeta Kaur in leading roles. Having watched both these movies, I can assure you that although they have similar storylines and characters still are very different from each other. A lot has changed in our society over the past 40 years since the original Pati Patni Aur Woh was released and it is very well presented in the remake. I would love to quote Bhimu Pednekar’s dialog to make it clear, “Shadi ab wo chakki nai rhi jisme ek pista rhe aur dusra pisata rhe”.

Abhinav Tiwari (Kartik Aaryan) is a PWD engineer in Uttar Pradesh’s Kanpur city. His parents arrange for him to meet a girl named Vedika Tyagi (Bhumi Pednekar) for marriage. After the first meeting, they both like each other and get married. Life comes easy for the couple as Abhinav buys a new home, car, and Vedika also starts working at a coaching classes.

As it often happens in our middle-class Indian society, Abhinav’s parents start pushing them to have a child after 3 years of marriage. But, it seems that the couple is not yet ready for it. Although, there’s love in their marriage still a void develops between Abhinav and Vedika, which they are not even aware of.

Things go haywire as Tapasya Singh (Ananya Panday) enters Abhinav’s life. To woo her, he tells a lie that forms the foundation of most of the movie’s plot.

So, how this Pati Patni Aur Woh situation pan out? Will Vedika do the same as Sharda did in 1978, or will she do what a 21st-century girl should do? No spoilers! Watch it yourself.

Although the film fails to send across a strong social message but succeeds in providing wholesome entertainment. And, I believe this is what it is all about. We don’t need to delve too deeply into the subject and scrutinize it just for the sake of scrutinizing it.

One thing that I didn’t like about the original movie was the fact that at the end after going through all the troubles, Ranjeet (Sanjeev Kumar) apparently seems to have learned nothing. While Mudassir Aziz’s protagonist, Abhinav is shown having learn a lesson or two when he meets Neha (Kriti Sanon).

I am giving Pati Patni Aur Woh an 8 out of 10 for excellent acting by Kartik Aaryan, Aparshakti Khurana, Bhumi Pednekar, and the rest of the cast. The cameo played by Sunny Singh too is worthy of mention here. The film has enough one-liners and fun moments to keep your tummy tickling till the very end.

So, I would suggest you go and watch it on a big screen near you, or you can wait for it to get streamed on Amazon Prime Video in a month or two.

After a decent opening, the film is gaining momentum and so far has collected over 25 crores in the first 3 days of its running. It is expected that it will easily cross the 50 crore mark in the first week and may even cross 100 crore mark in its third week.

English Title: The husband, the wife and someone else

Directed and Written by: Mudassar Aziz