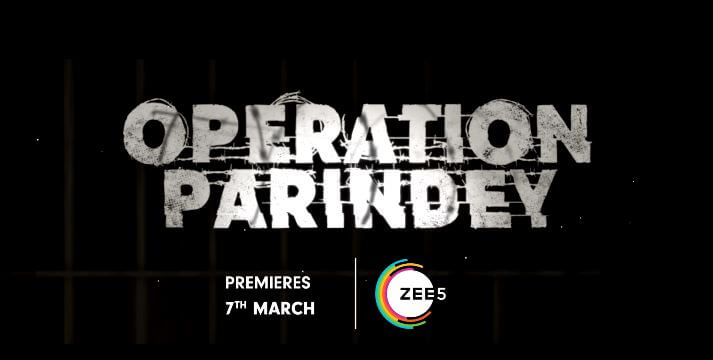 The story of one of India’s most daring jailbreaks!

One of India’s most popular OTT platforms: ZEE5 is again making waves. This time with its latest Original Film, “Operation Parindey”. The film is scheduled to stream on 7th March 2020.  We recently watched its thrilling trailer and thought of sharing our views on the same.

The fascinating, fast-paced trailer sets the tone for what we are going to watch in Operation Parindey. The 55-minute film is directed by Sanjay Gadhvi–the same director who gave us thrillers such as Kidnap, Dhoom, and Dhoom 2.

Check out the exciting trailer of Operation Parindey now!

The trailer starts with some 6 gangsters and terrorists breaking one of the safest jails in India. All it took them to do this was 12 minutes, 100 rounds, and 3 cars. One of the convicts is Monty Singh (Rahul Dev), the notorious and dangerous chief of a terrorist organization called Babar Khalsa. As the entire country is shocked with this daring jailbreak, the police and security agencies are on the public scrutiny. Succumbing to pressures from media and the government, the police department forms a Special Task Force (STF) headed by Additional SP. Manoj (Amit Sadh). Things take an interesting turn when the Additional Director General of Police (ADGP) orders the STF to arrest all the convicts within 24-hours.

Here starts the traditional “chor-police” act where Monty and Manoj try to outsmart each other. Who will have the last laugh? Will Monty succeed in his nefarious plans to attack India? Or Manoj has something up his sleeves to counter Monty and his associates?

All these questions make Operation Parindey a worthy watch.

Amit Sadh: A renowned Punjabi actor is known for his roles in films like Kai Po Che, Sarkar 3, Gold, and Guddu Rangeela. Amit has also participated in India’s top reality shows such as Big Boss, Fear Factor, and Nach Baliye. The actor has proved his mettle already by working alongside the heavyweights and veterans of Bollywood.

Rahul Dev: The former top model is a well-known face in the industry. Rahul has created a niche for himself by starring in many famous villainous roles in Bollywood as well as the South Indian movie industry.

The rest of the cast too is impressive and includes some of the known and upcoming faces of the Indian Hindi television and film industry.

Overall, it seems that this latest ZEE5 Original movie wonderfully portrays the happenings of the Nabha jailbreak of 2016. It capitalizes on Sanjay Gadhvi’s immaculate direction and some engrossing acting by Rahul Dev and Amit Sadh. One great thing about this film is that it is not too long or time-consuming.

Operation Parindey demands your 55 minutes, and we don’t think it’s too much to ask for? So, create an alert on your ZEE5 application for this film and wait for 7th March.

Language: Hindi, Punjabi (Some dialogues only)